Two clever one-acts share the bill for an evening of outrageous farce by acclaimed playwright Peter Shaffer ("Amadeus," "Equus"). In "The White Liars," a down-and-out fortune teller is visited by two new clients, each hoping to use her wiles to manipulate the other.

In the uproarious "Black Comedy," a young artist tries to impress both his fiancé’s father and a haughty art dealer by “borrowing” his antique-collecting neighbor’s expensive furnishings. When the neighbor shows up unexpectedly in the midst of a power outage, our hero frantically attempts to return the stolen goods and keep his ruse under wraps.

“…a pleasure to behold.” — Backstage 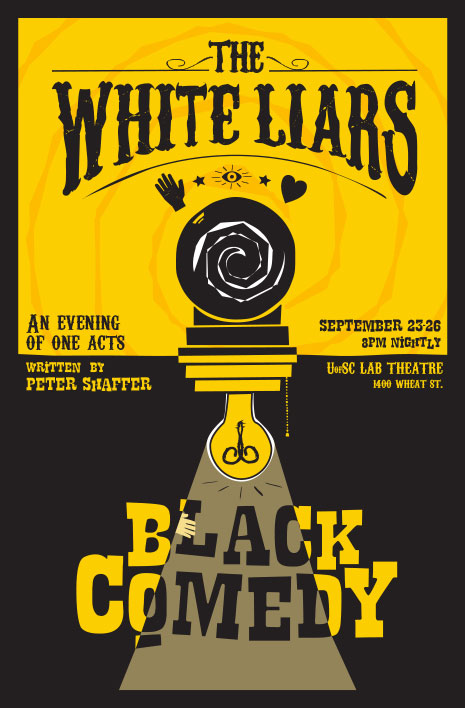 on the lab theatre stage

Tickets available at the door.

Click through images from our production of the Peter Shaffer one-acts "The White Liars (directed by Lane Christopher) and "Black Comedy" (directed by Curtis Smoak).  Photos by Freddie Powers.