Congratulations to Dr. Amanda S. Wangwright, Assistant Professor of Art History, for receiving a publication grant from the Metropolitan Center for Far Eastern Art Studies! Dr. Wangwright’s book manuscript, The Golden Key: Modern Women Artists and Gender Negotiations in Republican China (1911- 1949), promises to fill a conspicuous gap in scholarship on the art and culture of modern China, and should be of value to anyone interested in global modern art, early twentieth century East Asian history, and gender studies. The Metropolitan Center's grant, along with a CAS Dean's Initiative Book Manuscript Finalization Support Grant, will partially fund production expenses for the book, which is due to be published later this year as the seventh volume in Brill's Modern Asian Art and Visual Culture Series.

Modern Asian Art and Visual Culture is an academic series devoted to the visual culture of Asia of the modern period, spanning roughly from the mid-1850s up to the present day. It includes monographs and edited volumes on art and architecture; art history; art worlds and markets; visual materials related to propaganda; religion and art and also extends to the performing arts, cinema and media studies. It also actively seeks interdisciplinary or theoretical approaches to religion, literature, and the social sciences as well as projects that address modern Asian art and visual culture from a comparative or interregional perspective. 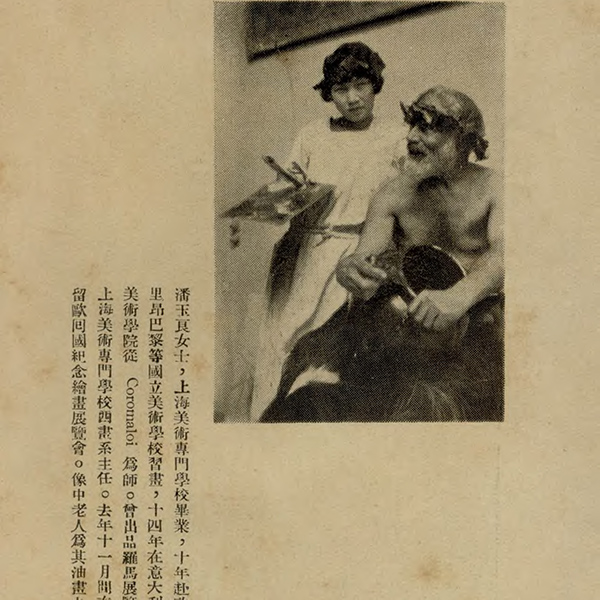 Dr. Wangwright's forthcoming book investigates the impact of nationalism, commercialism, and feminism on modern Chinese art and the roles of women artists during the Republican period (1911-1949).