Professor Wangwright’s fascination with avant-garde Chinese art goes back to her time as a Ph.D. student, writing her dissertation on the female artist Qui Ti (1906-1958). In The Golden Key, Dr. Wangwright covers the lives and careers of five other women artists alongside Qiu Ti: Guan Zilan, Pan Yuliang, Fang Junbi, Yu Feng, and Liang Baibo.

“When thinking about avant-garde Chinese art, late twentieth-century artists often come to mind, but here was an entire generation of progressive men and women who had produced artworks in radically new media, styles, and genres,” says Wangwright. She wanted to know more about this generation of artists, motivating her research on the subject. "What had prompted relatively large numbers of students to leave their fledgling nation and attend faraway art academies? How did the Republican art world operate and what were its leading debates and practices? Why are so few of these artists—the women in particular—remembered today?” she asked as she began the research for the book.

Readers who are curious about the history of avant-garde Chinese art may be surprised to learn that many women artists were household names and “treated as national celebrities” in popular magazines at the time.

“In 1920s China, women art students took coeducational life drawing classes and learned to depict the nude right alongside their male peers,” says Wangwright. They lived dynamic lives, participating in social and political resistance through art-making. “In the late 1930s, a couple of these women (Yu Feng and Liang Baibo) participated in the wartime resistance as members of a guerrilla art movement. Though many women artists were to have tragically short careers, during their years of professional activity many traveled the world as well as exhibited and published their artworks in national venues.”

The Golden Key: Modern Women Artists and Gender Negotiations in Republican China (1911-1949) is published by Brill Publishers. You can obtain a copy online through major book retailers. 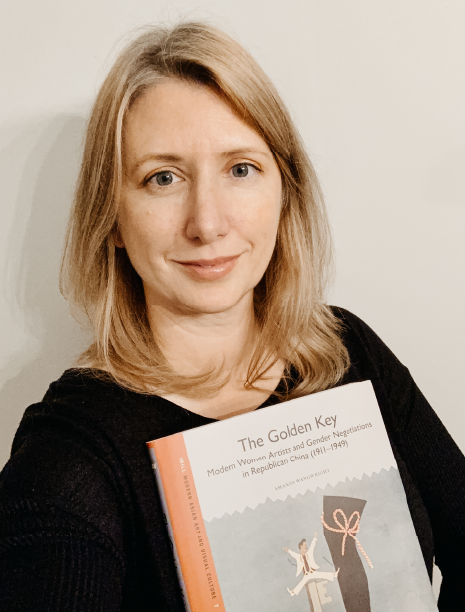 The monograph explores how six women artists wielded art as the “golden key” to professional advancement and gender equality in China.