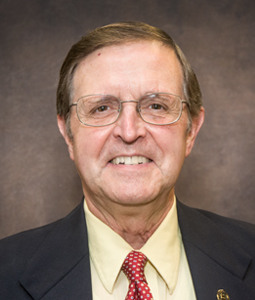 Wayne Buff joined the College of Pharmacy in 1990 after 16 years of service as a community pharmacist in West Columbia. He directed the college's continuing education program until he joined the faculty as a clinical assistant professor in 1999. He was twice honored with Teacher of the Year--in 1993 and in 2003--and is an active leader, serving on a dozen committees within the college, university and community. Buff was promoted to associate dean in 2001, and he served as interim dean in 2016. Dr. Buff retired from the College of Pharmacy in December 2018.