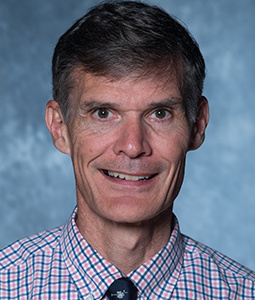 The McInnes research group conducts research in the fields of synthetic organic chemistry, structural biology and computational chemistry towards the discovery and development of anti-cancer therapeutics in both academia and industry.

Prior to joining the university, Dr. McInnes was head of the structure-guided medicinal chemistry group at Cyclacel Inc in the United Kingdom., a company started by Prof. Sir David Lane, co-discoverer of the p53 protein.

Current research is directed towards the discovery of small molecule protein kinase inhibitors targeting signaling and cell cycle proteins involved in tumor proliferation. Rather than blocking ATP binding, we are focused on the development of very selective inhibitors by targeting protein-protein interactions involved in allosteric regulation of kinase activity and other non-catalytic functions of such enzymes.

The McInnes laboratory has developed the REPLACE strategy in order to more effectively target PPI’s in general and have validated this approach with several kinase targets. Promising compounds obtained through application of REPLACE are being developed further by medicinal chemistry, cellular phenotypic characterization and testing in preclinical tumor models. McInnes has recently started a spin-off company called PPI Pharmaceuticals, LLC in order to exploit promising compounds discovered in his academic laboratory.