Dick Lehr’s interest in the racist propaganda film “Birth of a Nation” was sparked by a showing of the film at a Ku Klux Klan recruitment meeting that he infiltrated as a young journalist in the 1970s. It was further fueled by his discovery that Monroe Trotter, a Boston newspaper editor and African-American activist, tried to stop the controversial and racist 1915 film from being shown. 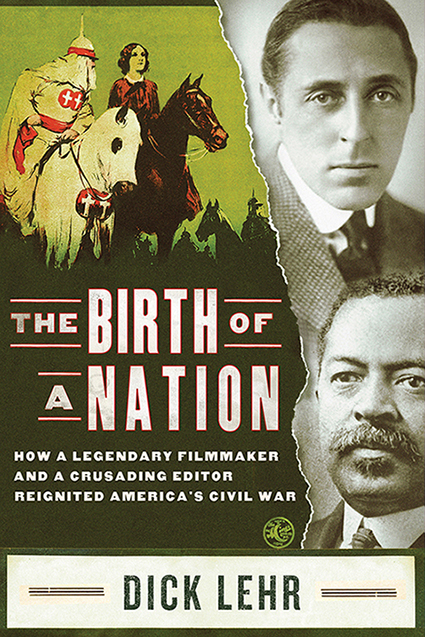 Dick Lehr tells the story of the battle between filmmaker and cinematic innovator D.W. Griffith and Monroe Trotter, a Boston newspaper editor and African-American activist who tried to stop the controversial and racist film, "Birth of a Nation," from being screened.

Lehr, a former Boston Globe reporter and professor at Boston University, will be at the University of South Carolina Sept. 26 and 27 to discuss the film and his book “The Birth of a Nation: How a Legendary Filmmaker and Crusading Editor Reignited America’s Civil War.” He will speak at 7 p.m. Monday at the Nickelodeon Theatre (first-come, first-served seating) and conduct a seminar discussion at 4 p.m. Tuesday in Room 217 in Gambrell Hall.

While on campus, he also will speak to civil rights history and investigative journalism classes. His visit is hosted by the History Center in the College of Arts and Sciences and the College of Information and Communications with support of the Historic Columbia’s Woodrow Wilson Family Home and the Nickelodeon Theatre.

We caught up with Lehr to ask him a few questions about his book and the impact that the film has 100 years later on race relations.

Q: The film “Birth of a Nation” is taught in film classes for its innovative techniques. How do you see your book as a catalyst for exploring the conflict surrounding the film in history, African-American studies and Southern studies courses?

“By providing context. When I first saw the movie in a college film survey course the focus was on D.W. Griffith's innovative filmmaking and not about the racist and inflammatory content. I think that's been a fairly common college experience. The director Spike Lee, describing his first viewing while a film student at NYU, had a similar experience, and he's been outspoken about all that was left out of the classroom discussion, namely that the Klan are Griffith's heroes and the film has been used as a Klan recruiting tool. ‘No context whatsoever,' Lee has said. One goal for my book is to provide that broader cultural, social and political context.”

Q: America’s struggle with racial conflict has become heightened in communities and on college campuses. What lesson or answers does your book provide?

“The lessons and benefits that come from historical perspective. The book is a story of protest against a film that contained an unfiltered dose of white racial thought from that time — of white supremacy. The core themes in the book about civil rights and civil liberties echo across the decades to present day.”

Q: Why was Monroe Trotter forgotten as a civil rights leader? What should his place be?

"In researching the Civil Rights movement in the early 20th century, I came to see that Monroe Trotter was one of the most nationally prominent figures of that era — along side of Booker T. Washington, Ida B. Wells and W.E.B. Du Bois. But to most people today he's an unknown. I think the main reason for that is, while Trotter was a key player in the Niagara Movement, the precursor to the NAACP, he was not a founding member of the NAACP in 1909. Trotter would not join. It was a matter of principle to him — the early NAACP was run by whites, and Trotter believed blacks should be in the lead of any organization whose mission was the advancement of blacks and civil rights. When the NAACP emerged as the leading civil rights organization nationally, Trotter, in effect, was sidelined and eventually forgotten.”

Q: President Woodrow Wilson’s boyhood home is here in Columbia. What insight do we have about President Wilson from his interactions with Griffith and Trotter?

"President Wilson had key interactions in the White House with the two protagonists in my book, first with Monroe Trotter in November 1914 and then with D.W. Griffith in February 1915. Each interaction involved great drama — Trotter got thrown out of the Oval Office, while Griffith and his film were celebrated. For storytelling purposes, you couldn't make up a better juxtaposition of events involving key players. The key reveal about Wilson in these interactions? Wilson's racism, which is largely overlooked.”

Q: What did you learn about yourself as a result of writing your book?

“One lesson is less about myself than about the value of history and looking back — that many ‘lost’ stories lurk behind the headlines and beyond the major historical events usually taught in American history survey courses, and often in these stories you find the present in the past, and the past alive in the present.”