The collection, the culmination of five years of curation, details the life and public career of Richard Wilson “Dick” Riley, a former South Carolina state representative, senator and governor and U.S. Secretary of Education. 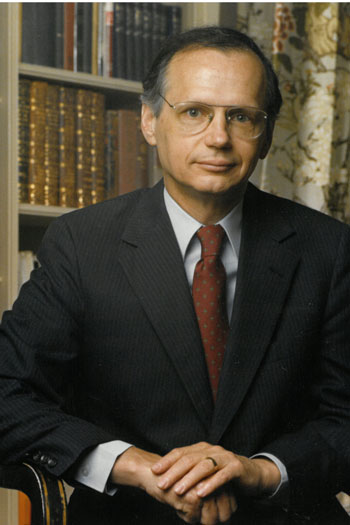 This photo of Dick Riley when he served as South Carolina's governor is among the more than 3,000 photographs in the Richard W. Riley Collection at University Libraries.

“As a former South Carolina governor and state legislator, I am so proud to have my collection housed at one of the state’s premier public institutions of higher learning, the University of South Carolina, where I also graduated from the School of Law,” Riley says. “USC is a prestigious university, and its Hollings Special Collections Library is a jewel. The library’s political collections are an outstanding repository of documents that provide valuable, historical information about South Carolina’s leaders, government and political activities at the local, state and national levels.”

To celebrate the collection’s opening, Riley has invited President Bill Clinton, for whom he served as a cabinet officer, to deliver special remarks at a private opening event that will feature invited university and government officials and special guests.

When Clinton, a former Arkansas governor and close friend of Riley's, ran for president in 1992, Riley served as his South Carolina campaign chairman. Clinton later tapped him for a presidential cabinet position.

The Richard W. Riley Collection is among the most comprehensive archives in the university’s S.C. Political Collections, with documents and memorabilia that chronicle Riley’s local, state and federal public service and work as a private citizen.

Reflecting on his archive, Riley says he has had an exciting life that includes a wonderful family and meaningful professional and political experiences.

“I believe that my speeches are especially informative, in that it was in the process of preparing them that I developed, refined and advanced the various policies and programs that were on my reform agenda. Certainly, the most significant would be the documents surrounding the more-than-yearlong process to develop, advocate for, gain passage and then implement the Education Improvement Act of 1984,” Riley says. “I think that initiative demonstrates clearly my total commitment to high-quality education for all children and other students at all levels. And I will be grateful forever to President Bill Clinton for giving me the opportunity to continue to pursue that passion at the national level, where I believe we made extraordinary strides.”

I believe the collection demonstrates clearly that public service can be gratifying work, but that it absolutely requires a passion and commitment to serve the public good.

It’s his hope visitors to the collection will develop an appreciation for and interest in getting involved in public service.

“I believe the collection demonstrates clearly that public service can be gratifying work, but that it absolutely requires a passion and commitment to serve the public good,” Riley says. “I hope they will learn that a good public servant will be positive and respectful, willing to listen, hear both sides of an issue, collaborate, make fair and principled decisions, have high integrity and a strong work ethic and care deeply about all people, even those who might be different or with whom one might disagree.”

That message, along with his advocacy for education, resonates deeply with university President Harris Pastides.

“As governor and later as U.S. Secretary of Education, Dick Riley earned a reputation as a great champion of the idea that education is the fundamental ingredient to improving individual lives and transforming entire communities. We are honored that he has chosen the University of South Carolina to permanently house his collection. We hope the collection serves to inspire future generations of scholars and educators,” Pastides says.

University Libraries Dean Tom McNally ensures the collection will do just that. It will be studied by researchers and students in concert with the myriad collections of congressional, gubernatorial, judicial and political party and organization archives it joins in the S.C. Political Collections. Riley’s archive joins the recent acquisition of papers from Rep. James Clyburn, Gov. Henry McMaster, former U.S. Reps. Liz Patterson and John Spratt and former S.C. Chief Justice Jean Toal.

“Dick Riley is one of the greatest statesmen in modern South Carolina history, and we’re honored he chose USC Libraries to permanently house and steward his collection. It’s one of the most extensive and in-depth political collections we hold, and it will serve as a great resource for students and researchers from various disciplines for generations to come,” McNally says. “The collection is unique because it gives us insight as to how one man made a difference at so many different levels throughout his career, from Greenville, South Carolina, to Washington, D.C., and beyond. Secretary Riley has focused on improving education throughout his entire life — it’s his true passion — and that certainly complements our mission at USC.”

Highlights of the Richard W. Riley Collection will be on display in the gallery of the South Carolina Political Collections in the Ernest F. Hollings Special Collections Library. The exhibit “Richard W. Riley: Statesman of Education” opens Aug. 6 for public view and remains open through Dec. 23. The Hollings Library is accessible through the university’s Thomas Cooper Library, and operates 8:30 a.m.–5 p.m. weekdays.

“It is my wish that anyone who visits or reviews the collection will understand and appreciate my deep love and respect for the state of South Carolina and our great nation,” Riley says.

More information about the Richard W. Riley Collection is available on the University Libraries website.