Students learn to find the human experience in business journalism

Emma Dooling’s passion for business journalism is rooted in her experiences as a Dow Jones intern this past summer. As she was roaming the streets of Nashville, her hometown, she zeroed in on small business owners and the impact this booming city was having on their future. To her surprise, many expressed fear.

With a beat focusing on minority-owned and operated businesses, Dooling (’22 journalism) began talking with the company owners — from museums and bookstores to credit unions. Some had been in business more than three decades, and as they watched the streets around them grow, it left them wondering how it would impact them personally.

For Dooling, who graduated from the Honors College in May, and her classmates at the University of South Carolina, business journalism goes beyond the numbers. The goal of their work is to showcase how economic developments affect the everyday person. The Baldwin Business and Financial Journalism Initiative housed in the School of Journalism and Mass Communications encourages students in pursuing that career goal. 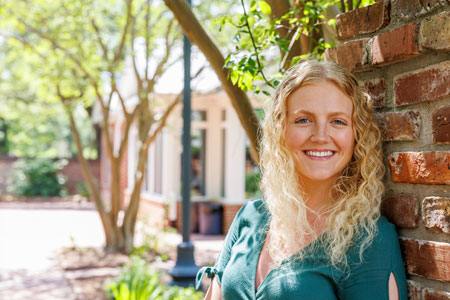 Just in its fourth year, this program has evolved quickly adding a new layer to storytelling and educating the students on how to share the facts while expressing why the reader or listener should care. This has brought the vision of the program’s founder and donor, Ken Baldwin (’49 journalism), to life.

“In the economy class, we are studying what economic indicators are and what they tell us and trying to connect that to the human experience,” says Michelle LaRoche, Baldwin Business and Financial Chair in Journalism.

The ability to find this connection in data is what sets Dooling and Connor Hart (’22 journalism) apart from others.

For Hart, the human connection and experience is what inspires him. The computer science major turned journalism major has always been interested in business, but LaRoche’s business basics of communications course made everything fall into place.

“That was when I was first really introduced to business journalism as a viable career option I could pursue,” Hart says. “I fell in love with it from that moment on and decided that this was what I wanted to do.”

It's just making people see why (the numbers) matter and finding the human element like finding the person on the street in Columbia, South Carolina.

Hart has taken advantage of his time at UofSC participating in multiple internships and getting involved on campus. These efforts led him to win two prestigious awards, the J. Rion McKissick Award on a campus level and the national Society for Advancing Business Editing and Writing's 2021 Best in Business award.

“What I think of when I think about Connor is this quiet, steady presence who was building up to this moment … to write these stories that were worthy of this award. … He made the most of his time, both in class and out of class, to achieve not only that, but now he is going to be an intern at The Wall Street Journal this summer,” LaRoche says.

Hart has always been one to go for the “crazy” stories or to discuss big economic concepts. Where he really grew during his senior semester was taking these big concepts and thinking outside of the numbers, and that’s what he sees as his goal for the future.

“It's just making people see why they matter and finding the human element like finding the person on the street in Columbia, South Carolina,” Hart says. 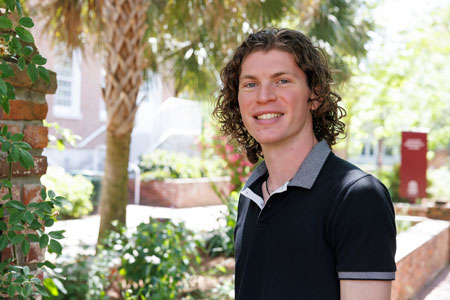 Dooling also won both the J. Rion McKissick Award and a SABEW 2021 Best in Business award as well.

Although she did not take the business journalism courses offered in the journalism school, her hands-on experience working with LaRoche combined with experience she gained during internships has prepared her for what she is going to do next.

She says UofSC gave her the support system and tools she needs to accomplish her goals. In addition, her academic work and time spent in the South Carolina Honors College has shaped her as a journalist.

“The Honors College has made me feel special,” Dooling says. “I love the small honors classes because you are able to form personal relationships with your professors, which can sometimes be difficult in a typical lecture hall. It has also provided the opportunity to take so many interesting classes.”

The work that won these awards was special to her because it was a tangible step toward her goal of making business journalism focus on the people as much as the numbers and industry jargon seen in many business publications.

“I want to structure it so anyone can know what is going on in the latest business financial news because it impacts all individuals and businesses," Dooling says. “In other words, working to make it more accessible to those who are intimidated by numbers.”

“None of this would be possible without a really generous, amazing donor — Ken Baldwin,” LaRoche says. “He is the individual who made my position and this program possible. He has taken the time to connect with the students on a personal level and it is rewarding to feel the impact of his generosity.”

A native of Columbia, Baldwin is a retired executive shareholder of Landmark Communications in Norfolk, Virginia. His 30-year career with the company, now known as Landmark Enterprises, included a stint as the business editor of the Norfolk Ledger-Star.