We hear from MFA Alum James Costello ('15) about his new play "H + T in P" and what he's been up to since graduating!

MFA Acting alum James Costello ('15) is back at the University to premiere an original play, H + T in P (Hamlet and Tusenbach in Purgatory) at the Center for Performance Experiment.  We recently asked him a few questions about the play and his career since graduating.

Check out what he's got to say, then be sure to catch one of four performances of H + T in P at the CPE, which also features James' fellow alums Josiah Laubenstein and Melissa Reed, as well as guest actor Lindsay Rae Taylor, on April 8 or 9.

What led to the writing of H+T in P, and what's it about?

The writing of H+T in P started as a way to decompress from playing Hamlet at USC (April 2014). Months after the show closed I found myself still thinking about the play. About what it means 'to be,' what it means to take action. Hamlet's final line, "The rest is silence" made me question, "what was 'the rest?' Is it indeed silence, or is there something more?" So I started writing about what life after death may have been like for Hamlet. Unlike his father's ghost who was, "doomed for a certain time to walk the earth", Hamlet was stuck in Purgatory. In a space that was not Heaven or Earth.

After sharing my initial writing with some of my former MFA classmates the question of what would it take for Hamlet to move on to the 'other side' was asked. Having worked on a production of The Three Sisters at USC, the character of Tusenbach seemed to be the answer. These two men, whose lives were cut short, both had women in their life that they loved. What would have happened if Hamlet stopped Ophelia from going to the river? What would have happened if Tusenbach stayed to have his cup of coffee with Irina? By putting these two literary powerhouses together they could help each other through philosophy, comedy, and dance to leave the past behind, come to terms with the present, and journey on towards the future.

How did the opportunity come about to do the play at USC, and feature your fellow MFA classmates?

I came back to USC in early February to see some of the current MFA's solo shows. While there I asked Robyn Hunt if we could do a reading of this piece I have been working on. After the reading Robyn suggested doing the play here at USC. From the reading and the collaboration with the group, the play morphed into what it is today. It seems only fitting to premiere the play in the city where I had the opportunity to play Hamlet, and with fellow artists, who without their collaboration, this play would not have been possible.

What projects have you done since you were last seen on stage in Hamlet?

I also taught monologue classes with their educational program.

The internship ended in December; however, it lead to an offer to be a part of their Educational touring company, "Shakespeare Live!," which toured for 6 months performing "A Midsummer Night's Dream" and "Macbeth."

The internship and the tour then lead to being cast in their following season in "Love's Labour's Lost," "The Merry Wives of Windsor," and Assistant to the Director for "Equivocation" the following season.

What’s next after this production?

I haven't exactly figured out what will be next after this production. However, I know it will involve generating art with those who share the same passion for the collaboration.

H + T in P will be performed at the Center for Performance Experiment, April 8 and April 9.

The Center for Performance Experiment is located at 718 Devine Street, between Huger & Gadsden, one block behind Thirsty Fellow Pizzeria & Pub)

Admission is Free, with donations accepted. 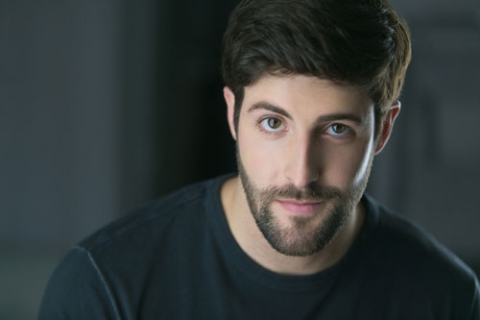 We hear from MFA Alum James Costello ('15) about his new play "H + T in P" and what he's been up to since graduating!