THE BALD SOPRANO at the Lab Theatre

Tickets:
$5, available only at the door

“At its core, it’s kind of a dinner party gone wrong,” says director Lindsay Rae Taylor, a first-year MFA in Directing student.  “It also is about what happens when language fails us, and words no longer serve us in communication.”

The play’s nonsensical plot begins with The Smiths, a quintessentially British husband and wife, discussing the dinner they’ve just had (in advance of the dinner party they’re about to host).  As their guests arrive, the communication between characters becomes increasingly chaotic, leading to a furious explosion of non-sequiturs.  Then, as if they are living on a loop, it all starts over again.

Taylor says that she experienced the play several years ago in Paris in its original French, performed as it has been since 1957 at the Theatre de la Huchette.  That production holds the world record for longest-running performance of a play at a single theatre, and continues performing today.

“I don’t speak French,” she admits, “but it didn’t matter, because I could sense from the actors what they were doing through their body language.”

Taylor calls the play “creatively ridiculous, not in a way that makes you feel like you’re not getting it, but just because it’s so bizarre.  Once you start to understand that, it makes you feel empowered to go on the ride Ionseco wants you to take without struggling to find a deeper meaning.”

That said, the director says the play’s theme of societal disconnection is still pertinent today.

“If you say that the play is about the breaking down of communication, that’s something going on in our world right now, particularly as we increasingly communicate through technology and social media.   In our efforts to expedite our correspondences with one another, we are actually disconnecting from each other.  People have a real need to be heard and they’re not really sure how to do that.”

“Ionesco called it an ‘anti-play’ for a reason,” says Taylor.  “He was intentionally trying to break all the rules.”

“I like the idea of people coming to see it, laughing, being surprised, and not being concerned if they’re confused.  We try not to overthink it, because that takes all the fun out of it — and theatre is fun.”

For more information about The Bald Soprano or the theatre program at the University of South Carolina, contact Kevin Bush by phone at 803-777-9353 or via email at bush@mailbox.sc.edu. 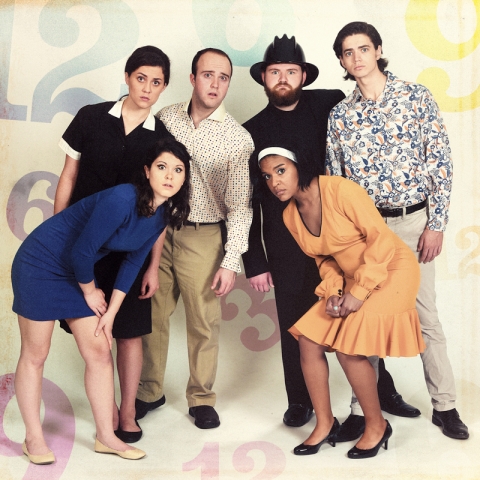