It has been quite an adventure for Hossam Tashkandi, who arrived in the United States on scholarship from his native country of Saudi Arabia in 2005. Since then, he has earned both his bachelor’s degree and master’s degree in biological sciences from the University of South Carolina and will graduate with his Ph.D. in pharmaceutical sciences from the College of Pharmacy this May.

“I chose the University of South Carolina since this school was one of the options for my scholarship, and I have extended family living in South Carolina,” he says.

During his undergraduate years, Tashkandi met his future wife, Meredith, a music major who was working toward her Master of Music Education in the UofSC School of Music. Originally, Tashkandi considered pursuing a medical degree, but he found that it can be difficult for international students to be accepted into medical school in the U.S.

Following conversations with one of his mentors, Professor Bert Ely, biology professor in the College of Arts and Sciences, Tashkandi was inspired pursue a Master of Science degree.

As part of his master’s work, Tashkandi joined the lab of Hexin Chen, Ph.D., conducting research on microRNA in HER2+ breast cancer, during which time he published his first paper in the journal Oncoscience.

“I realized that I really enjoy research and the potential to develop diagnostic targets or treatment for diseases,” he says.

Tashkandi’s wife completed her master’s degree a year before he completed his own, and she accepted a position as Orchestra Director for Pelion High School in Pelion, South Carolina.

“With my newfound passion for research and Meredith landing such a great job in the area, I decided to pursue my Ph.D.,” Tashkandi says. “I wanted to move closer to finding treatments, so I joined Dr. Lorne Hofseth’s lab in the College of Pharmacy.”

Tashkandi’s dissertation focused on the pharmacokinetics of Panaxynol, a natural active molecule found in many plants, and its effects against inflammatory bowel disease and colorectal cancer.

While earning his Ph.D. is a source of much pride, Tashkandi readily admits reaching that goal was challenging.

Tashkandi explains that he struggled with fear of failure and anxiety, but he also experienced immense joy and found that his greatest qualities, like perseverance, helped him overcome his biggest obstacles, and he received The Outstanding Achievement and Student Triumph Award (T.O.A.S.T.) in 2020.

“Research is something that is self-guided without a great deal of oversight. Because I work well under pressure, I tend to procrastinate,” he says, “so I learned to set my own deadlines, to set small goals and then I began to see success.”

Tashkandi hopes to continue his research with a pharmaceutical company, working on new drugs related to oncology and metabolic diseases.

“I want to work in applied research,” he says, “to help get drugs out to market so that people can benefit from them.” 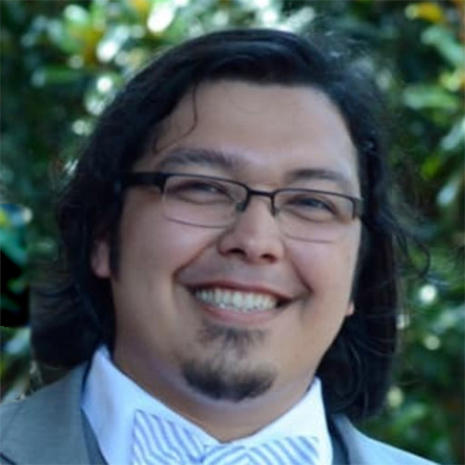