Tarr has produced several films and holds an M.F.A. in filmmaking — and a Ph.D. in information science. He has screened his work in internationally renowned film festivals, but also has performed live cinema on stage at Carnegie Hall. He’s a longtime editorial board member of the Journal of Film and Video — and he co-holds a patent in virtual reality technology.

That diverse resume probably paved the way for Tarr to become the founding principal of the Rhodos Fellows Learning Community for Information, Design and Computing, the university’s newest residential learning community.

“I’ve led a team to transform an ordinary residence hall into a community of 400 first-year students from across 52 different majors who are all interested in career pathways in digital leadership — from media artists who develop video games to biomedical engineers focusing in prosthetics design,” Tarr says. “The addition of the Rhodos Fellows program has been instrumental in the university now being ranked among the top living-learning community institutions in the nation by U.S. News & World Report.”

Dan Visconti, an award-winning independent music composer, has collaborated with Tarr on several projects, including an American Composers Orchestra project at Carnegie Hall in 2012.

I’ve led a team to transform an ordinary residence hall into a community of 400 first-year students from across 52 different majors who are all interested in career pathways in digital leadership.

“The resulting work, ‘Glitchscape,’ is a concerto for chiptuned toys, live animation and improvising orchestra — definitely on the cutting edge on what is possible for a multimedia collaboration!” Visconti says. “And this impact wasn’t at a cinema or gallery — it was in the frankly incredibly stodgy field of classical music, which desperately needs the influence of artists like Simon Tarr if it is to continue to evolve and have relevance for 21st-century audiences.”

When he isn’t creating cinematic experiences, Tarr is honing his skills as a technology researcher. With fellow media arts colleague Evan Meaney, Tarr helped develop the first version of new virtual reality software that creates a new way to interface with media archives and other metadata items. After prototyping the software and presenting it at four major conferences, the pair received a patent for the software design.

“This high-impact experiential learning partnership between the provost’s office and Office of Student Affairs has led to participating students earning higher grades, making earlier connections with undergraduate research and internship opportunities, and reporting a higher sense of belonging than their peers across the university,” Tarr says. 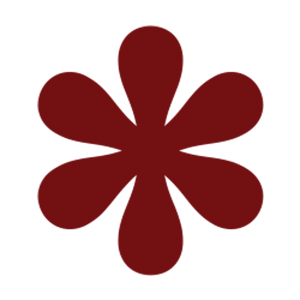