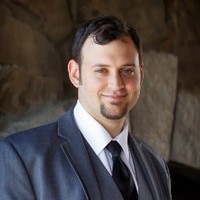 The Division of Information Technology is pleased to announce that Paul Sagona has been named the Executive Director of Research Computing, effective February 1, 2019. Paul has served as interim director of research computing for several months, following the retirement of Dr. Phil Moore. Paul has worked at the university for 10 years, having served as the Director of the College of Engineering and Computing’s High Performance Computing Group, High Performance Computing Systems Architect for Research Cyberinfrastructure, and Interim Executive Director of Research Computing. During his time in research computing, he and his team designed and deployed the largest HPC computing cluster in UofSC history, played a key role in defining and pioneering the first campus-level research computing team, and represented UofSC internationally for his team’s success in deploying one of the largest scientific computations ever conducted in a cloud environment.

Paul said, “It is with great enthusiasm that I assume this position. I look forward to working with researchers across the university to expand and improve our academic and research missions.”