New plaques on the horseshoe honor enslaved men and women

The enslaved workers’ names and acknowledgement of their contributions at the institution during its antebellum era are now immortalized on two bronze historic markers that will be unveiled in a ceremony Dec. 5 at Rutledge Chapel on the Horseshoe.

“These markers have been in the works for quite some time,” says John Dozier, chief diversity officer for the university." (History professor) Bob Weyeneth’s students conducted research several years ago that has given us the information we have today about the university’s use of enslaved people.” 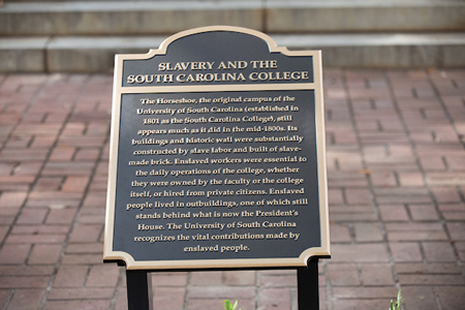