Microsoft has released a new version of the operating system Windows 10. The new version offers the most up-to-date security protection and the latest features.

Between July 1 to August 6, all university-owned computers that are covered by a Service Level Agreement (SLA) with the Division of Information Technology will be updated to the new version of Windows 10. Considering the large number of devices that must be updated, the push of the new operating system will be staggered.

What is Happening?
The Windows 10 update will be pushed to both laptops and desktops via a program called BigFix over the next five weeks. All updates will take be pushed to machines between the hours of 8 p.m. to 5 a.m.

What Do Employees Need to Do?
There is no action required by employees other than leaving their computers powered on and connected to a network connection each night until they receive notification (see photo below) that their computer has been updated. In addition to being powered on, the computer must be connected to an internet network (off-campus, on-campus, university-owned, wired, or wireless). Users are not required to remain logged into their computers to receive the update. Updates on individual devices will take several hours. During that timeframe, the computer will be automatically restarted several times.

How Will I Know My Computer Has Been Updated?
After the computer is updated, you will see a screen similar to the example on the bottom of the page when you login the next morning.

Who Should I Contact With Questions?
If you have any questions, please contact the IT Service Desk at 803-777-1800. 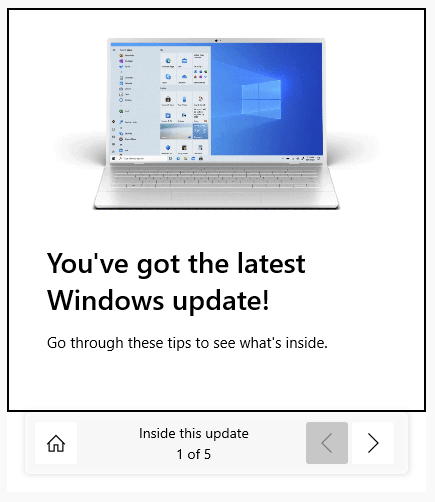