Two dance professors at the University of South Carolina will bring Black history to life in a unique performance installation of their original work Migratuse Ataraxia at historic sites in Columbia this spring, thanks in part to a recently awarded grant from the National Endowment for the Arts.

Set for April 2021, the tour will include large scale projections of performances outside sites ranging from the Hampton-Preston Mansion, which utilized slave labor, to the Modjeska Simkins cottage, home to SC’s most notable activist of civil and human rights. The focus of the work, its creators say, has shifted from an interior antebellum existence of enslaved Africans to a broader narrative of black liberation and migration.

“It’s about the habitual patterns of migrating from one place to another,” says Wideman-Davis.  “Black life is about migration.  On this soil, it has always been about migration and acclimation.”

The artists began working on Migratuse Ataraxia in 2016, with support from the New England Foundation for the Arts National Dance Project Grant, a UofSC Provost Grant, the College of Arts and Sciences, the Department of Theatre and Dance and the African American Studies program. They workshopped the performance at Columbia’s Hampton-Preston Mansion in April 2019, then took it to the Klein-Wallace Plantation in Harpersville, Alabama for performances in January 2020. Plans were being made to continue touring the work at homes around the Southeast when the COVID-19 pandemic took center stage.

The National Endowment for the Arts is supporting the rebirth of Migratuse Ataraxia with a $20,000 award from the Grants for Arts Projects program.

“The National Endowment for the Arts is proud to support this project from Wideman Davis Dance,” said Arts Endowment Acting Chairman Ann Eilers. “Wideman Davis Dance is among the arts organizations across the country that have demonstrated creativity, excellence, and resilience during this very challenging year.”

The April installation is being performed in partnership with Historic Columbia, a non-profit organization dedicated to preserving Columbia’s historic and cultural heritage, and through additional support from the Central Carolina Community Foundation.

Exact dates and times for the Migratuse Ataraxia performances will be announced in March.

The project also includes a three-month, community-oriented residency curriculum, during which the WDD co-directors are engaging African Americans of different generations in online workshops that introduce and expand on the themes of Migratuse Ataraxia. From February through April, they will conduct sessions with college students at Allen University and Benedict College, as well as with senior citizens from the Columbia Housing Authority. These intergenerational participants will be brought together for deeper discussion throughout the three-month period.

The goal, says Wideman-Davis, is to have “intergenerational conversations between older people who have been through the civil rights movement…and young people who are just coming into their activism awareness.”

“It’s a search for self and self-history that we’re going toward,” says Davis.

The NEA has awarded nearly $25 million in this most recent round of Grants for Arts Projects funding, benefitting over 1,000 projects across the country. The NEA says that the grants support “public engagement with, and access to, various forms of art across the nation, the creation of excellent art, learning in the arts at all stages of life, and the integration of the arts into the fabric of community life.” 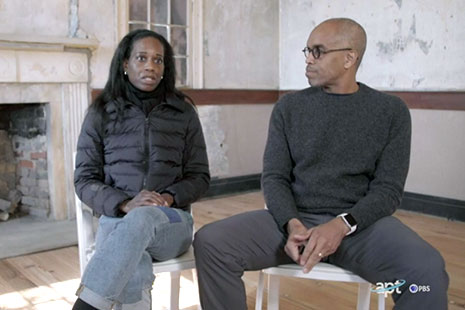