In language learning, less can be more 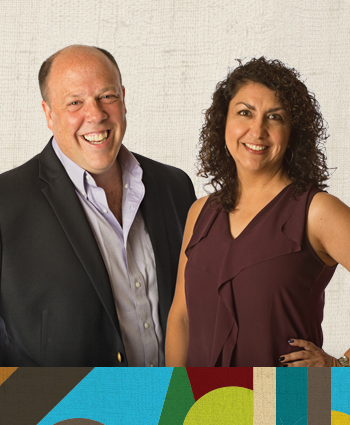 “I think there’s value in building a community in class, but we can’t fight technology. We need to get on board with that.” — Nina Moreno

One group of students attends Spanish class three days a week while another logs four days of classroom instruction. Hands down, the four-day-a-week students learn the language better than the three-dayers, right? Not so fast, say Nina Moreno and Paul Malovrh.

The two Spanish faculty members experimented with a 100-level Spanish course in fall 2015, creating a flipped classroom model and comparing it with a traditional classroom-only course. The flipped course students completed up to 27 homework tasks every day, using the textbook and online modules to learn grammar and other basic language skills. The students focused on speaking Spanish in their three in-class days.

“It turned out to be a win-win situation for students, classroom space and instructors,” says Moreno, an associate professor of Spanish. “Students who did more work at home before they came to class were ahead of those in the traditional setting who spent more time in class.”

As someone who does research on acquiring a second language, Malovrh isn’t surprised. The idea of learning before going to class has been around in some academic disciplines for many years.

The pair’s efforts to create a flipped class and rigorously test its benefits netted a 2017 Garnet Apple from the Center for Teaching Excellence. The award recognizes innovative approaches to teaching across the university.

“What happens with a flipped format is you’re giving them more responsibility,” Moreno says. “They’re meeting you halfway, so it’s not like I’m just trying to fill a vessel with some liquid. The class becomes more learner centered and not teacher centered.”

Malovrh sees the flipped class approach to language instruction as a way to expedite the rate of learning. “I can’t change the route you take to learn a second language, but as the instructor there are things I can do to make the learning proceed more efficiently. It’s not about passing the test but about speaking the language.”

Moreno and Malovrh want to try the same approach in 200-level Spanish courses and perhaps even a 300-level course. This fall, Moreno will be involved in a pioneering effort to teach a fully online section of Spanish 109.

“There will be some challenges with accountability,” she says, “but we want to see if there would be any gains with going online fully. We won’t really know all of the problems or advantages until we do it.

“I think there’s value in building a community in class, but we can’t fight technology. We need to get on board with that.”