Geology professor gets students to think beyond themselves 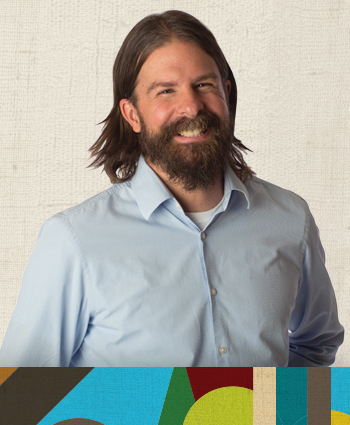 “I put a ton of time into preparing for my classes and actually teaching. It is great to have some acknowledgement of the effort.” — David Barbeau

David Barbeau doesn’t seek to teach students geologic fact so much as he wants them to learn how to learn and how to open their minds to new possibilities and perspectives.

“The time and space scales of geology are so immense, so much larger than human perception, that you are forced to be able to think about things that you cannot fathom happening,” says Barbeau, an associate geology professor in the School of the Earth, Ocean and Environment. “I think that ability goes a long way to help us understand other cultures and other perspectives.”

Barbeau was drawn to the field and to teaching by the professors of his undergraduate days.

“I knew I wanted to do science, and I also enjoyed the outdoors,” he says. “I fell in love with geology as an undergrad.

“By the time I was halfway through my freshman year, I knew I wanted to become a professor, in part because I had fabulous professors who I wanted to emulate, and they really inspired me and gave me a really clear goal.”

Barbeau teaches a field-based introductory geology course so popular with students that admission is restricted to geology majors or those undecided on a major. The field component gets students out in the real world so they can extrapolate their own understanding rather than reading facts in a book.

“Students are empowered,” he says. “With basically no discipline-specific prior knowledge, they realize they have translated what was once a seemingly nondescript exposure of rocks — similar to the hundreds they’ve driven or walked past in their lives — into a plausible geologic history, largely constructed from observations and interpretations made by themselves.”

The time and space scales of geology are so immense, so much larger than human perception, that you are forced to be able to think about things that you cannot fathom happening.

After 14 years at Carolina, Barbeau says winning a 2017 Mungo Undergraduate Teaching Award has been gratifying. “I put a ton of time into preparing for my classes and actually teaching,” he says. “It is great to have some acknowledgement of the effort.”

This summer, he took a group of students across the country to Colorado, doing fieldwork and camping along the way. “It’s hot and miserable, and we have to do a lot of physical things,” he says. “It lets students see they can rise to challenges. We have kids who have never been camping before, and I wouldn’t say 100 percent are thrilled after it is over, but I would say most at least appreciate it. And for some, it’s life-changing.”