Biological sciences professor blends math, science to give students a leg up in the job market 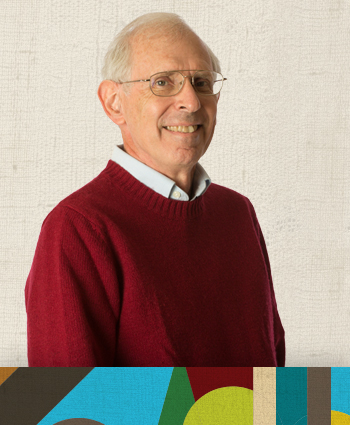 “It’s rare for a biologist to be fluent in the use of mathematics, so there is a real market niche for that kind of person.” — David Wethey

David Wethey came to Carolina with a mandate to design a graduate program for ecology. That was 37 years ago. Today, Wethey can rattle off the accomplishments of students from the ’80s, the ’90s and just a few years ago. Many of those students were responsible for nominating and supporting him for a Mungo Teaching Award — one of the university’s highest honors for faculty.

Wethey has created a field course, a theoretical course and, with USC mathematics professor Matt Miller, a mathematical biology course that he thinks has given his students a leg up when looking for work after graduation. He tells his students that math is the perfect language, there are no misunderstandings or misinterpretations as there are when words are involved.

“It’s a universal language that transcends the complexities of the languages that we speak to one another,” Wethey says. “We tried to develop a course that would allow students to appreciate the language of mathematics rather than the stunt of being able to pass a math class.”

Because biologists (and most other nonmath majors) are “terrified of math,” Wethey’s students find they have a valuable skill when they go out into the world.

“It’s rare for a biologist to be fluent in the use of mathematics, so there is a real market niche for that kind of person,” Wethey says, citing examples of students like the one who wanted to sit in a marsh and study bird migration habits, but used his math skills to do modeling on several federal grants. “You get all kinds of people who want to work with you when you know how to do this sort of thing. If there is someone who can do simultaneous translation from math and biology, that’s an important skill.”

Communicating research goals and outcomes are key to a successful career in any scientific field, Wethey says.

We tried to develop a course that would allow students to appreciate the language of mathematics rather than the stunt of being able to pass a math class.

“People tend to be very specialized: They work on some bizarre plant or some bizarre animal that three people on the planet care about,” he says. “Unless they have a way to explain what they are doing that goes beyond the minutia of the weird organism, plant or animal, nobody is going to be interested in it.

“Researchers have to have some kind of scaffolding to hang their ideas on. That’s where theory becomes really important. If there is a broad principle that underlies what you are talking about, then somebody who works in a completely different area can understand why it’s important to care about what you did.”

Wethey himself fell in love with science and research in high school and college. “Originally, I thought I’d be a chemist, but I realized if I was a chemist I would be inside all the time in a stinky lab,” he says. “And I decided that I really didn’t want to do that and going outside would be a lot more fun and a lot less smelly perhaps.

Wethey says he is particularly touched that his most recent class of students nominated him for the teaching award as a group and enlisted former students to write supporting letters for the nomination.

“I try to treat graduate students as colleagues rather than as students, and I try to collaborate with them,” Wethey says. “It has to be a two-way interaction.”

This summer, Wethey is doing research in Spain on a grant from the Spanish government and has taken some students with him. But don’t think he is simply enjoying a summer by the sea.