Earning the stats for a Garnet Apple 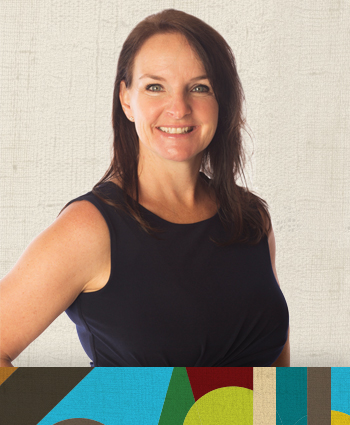 “I understand not all students learn the same way. I find many ways to explain the same concept.” — Leslie Hendrix

Leslie Hendrix remembers the lack of support she felt in college, juggling three jobs and a full class schedule as a music education major. She quit during her junior year.

Now, with a bachelor’s degree in mathematics and a doctorate in statistics from the University of South Carolina, she works to make sure the students in her classroom have the support and guidance they need to succeed. Hendrix was awarded the university’s Garnet Apple Award for Teaching Innovation this spring.

“I was a first-generation college student who had little support, financially or otherwise, from family,” she says. “Earning a bachelor’s degree seemed surreal, and I never imagined I would earn an advanced degree.

“If it weren’t for good professors and people who gave me a little push or the right words at the right time, I know I would not be here today. I believe that everybody, regardless of where they came from, how much money they have or what they know, deserves a shot at a good future. This is what motivates my thirst for continually changing my methods to try to innovate new practices.”

Hendrix teaches up to 500 students in four classes each semester. What many of those students tell her, especially first-year students in her large introduction to statistics classes, is that they are nervous about math. She quickly became interested in helping them with the transition from high school to college statistics, while her time on the provost’s special committee on student retention made it clear that the more connected a student feels, the better they will do in college.

“I don’t want students to ever feel like they don’t have support. They need people in their lives to say the right thing at the right time,” Hendrix says. “I love telling them that they don’t have to be afraid, and I love empowering them.”

In her classroom, students feel they can come to her with questions, and she reaches out to intervene when she sees a student struggling. Students have commented on class evaluations that she doesn’t make anyone feel as if they have asked a “stupid question.” She remembers her high school trigonometry class, when the teacher told her to stop asking questions, shutting her down and making her feel as if she wasn’t good at math.

That’s something Hendrix never wants another student to experience. As one of her students commented, she will “break it down and then break it down some more until we understand.”

“I’m very interested in diversified learning,” Hendrix says. “I understand not all students learn the same way. I find many ways to explain the same concept.”

I believe that everybody, regardless of where they came from, how much money they have or what they know, deserves a shot at a good future.

She says she’s continually piloting new technology, figuring out what works best to help students feel confident in the classroom and with the subject.

In nominating Hendrix, Professor Don Edwards said she was among the first to use i-Clicker technology, and continues to keep pace with its evolving form. She also created the distance learning version of STAT 110, “using technology to conquer issues of larger-section distance delivery, such as online testing.”

For Hendrix, the real payoff is in the evaluation forms, cards, notes and emails from former students, who tell her she got them over their fears of math. She has even had a couple tell her they’ve changed their major to statistics after taking her class.

“When I was younger, I didn’t feel I was that good at math. But when I came back to school [at USC] I had great professors who believed in me,” she says. “I wanted to be able to make other people feel that way.”