A teacher of music — and problem solving 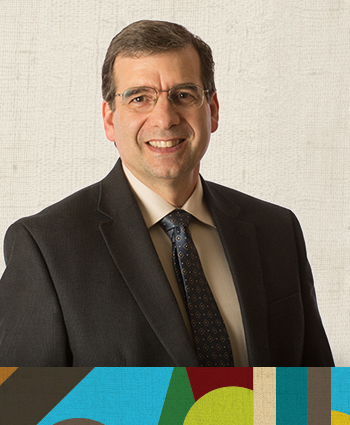 Saxophone professor Cliff Leaman is the 2017 Mungo Distinguished Professor of the Year.

When she was in high school, Clifford Leaman’s oldest daughter told her father she had decided what she wanted to do with her life.

She would be an oboist.

Leaman, who teaches saxophone at the University of South Carolina, admits he was a little surprised to hear her career plans of playing the oboe. He asked her why.

That love of teaching and performing is obvious to Leaman’s students and colleagues, who describe him as a master performer and teacher. He just finished his 32nd year teaching college students, the past 17 of those at Carolina’s School of Music. This year, the university presented Leaman with its highest teaching honor: the Michael J. Mungo Distinguished Professor of the Year Award.

In nomination letters, his former students write of his mentorship while they were in his classroom and of his continued support and encouragement after graduation. Among the comments: “Dr. Leaman stresses the importance of living well-balanced lives. He knows that it is important for us to read great literature, look at first-rate visual art, engage in meaningful conversations with our friends and families, and to generally experience life to its fullest. This is the only way to truly flourish as an artist.”

A self-described workaholic, Leaman teaches saxophone to undergraduate and graduate students. He is in great demand as a soloist and clinician and has performed and taught throughout the U.S., Canada, Italy, Spain, France, Slovenia, Sweden and Thailand. He has been a featured guest artist in China nine times since 2004.

I have to figure out how to get through to each student. I watch people grow in different ways at different times. It keeps me intellectually interested.

But it’s the teaching that fulfills him. About 85 percent of his teaching load is one-on-one instruction, allowing him to develop strong personal bonds with students as he determines how to connect and ensure each one thrives.

“I have to figure out how to get through to each student. I watch people grow in different ways at different times. It keeps me intellectually interested,” he says. “Anybody can learn to push buttons. You need intellect to make complex decisions quickly to be able to be an artist.”

He counts musicians and music teachers around the country among his former students — and he easily can tick off where each is teaching or performing. But he also recalls a phone call from a former student who doesn’t work in music, yet uses the problem-solving skills learned under Leaman’s tutelage each day in his job. Music majors can work unsupervised, detect problems and find solutions, and have a well-developed sense of determination and discipline, Leaman says. They make strong leaders and managers.

“If I just teach saxophone, I’m shortchanging the student. I teach responsibility, organization, how to overcome problems,” he says. “Even students who don’t end up in music should have learned something of value.”

The Michael J. Mungo Distinguished Professor of the Year is the most prestigious award presented annually to an outstanding teacher of undergraduate studies. Award recipients receive $20,000 and their names are engraved on a permanent plaque at the Thomas Cooper Library.