Through the development of a new program model, Partnerships for Active Children in Elementary Schools (PACES), Collin Webster and his team are building a program with long-term classroom sustainability.

“I can do it by myself,” explains Elena, a second grader at the Center for Knowledge North, in Blythewood, South Carolina, as she quickly snaps the accelerometer belt around her waist and runs to her desk.

Elena, along with 15 other children in her class, are participating in a University of South Carolina study designed to explore and enhance children’s physical activity levels throughout the school day. The research team is comprised of faculty, graduate and undergraduate students at the USC College of Education, the School of Public Health, and the College of Arts and Sciences, as well faculty from Iowa State University.

“Accelerometers are the gold standard for measuring physical activity,” explains Collin Webster, a principal investigator on the project and an Associate Professor within the college’s Physical Education and Athletic Training department. “That tiny red box on the belt not only tells us the amount of physical activity the child is getting, but also the level of intensity and exactly when it happens.”

One of Webster’s graduate assistant researchers turns on a video camera, aiming it at the classroom, getting all the children in a wide shot. Today, she will videotape two hours in the classroom and one hour in the children’s weekly physical education class. When she returns to campus, she and other students working on the research project will review the video and the data collected on the accelerometers to determine what types of activities result in increased movement in the participating children.

“We videotape the classes because we need to make sure that in-class activity is what is increasing the child’s physical activity level, and that it’s not a fire drill, for example. We wouldn’t know that if we weren’t here documenting their activity,” Webster explains. “We actually code the types of physical activity we see on the video and correlate it with the accelerometer data, so it gives us very rich, descriptive information about movement.”

National guidelines state that a child as young as Elena should get 60 minutes of moderate to vigorous activity every day. We have known for many years that children do not get enough exercise. Two related health issues — obesity and diabetes — are increasing in the under-18 population, especially in South Carolina. And while the academic classroom setting has traditionally not been a place for children to get physical activity, Webster and his team are seeking to change that.

“Programs have been developed, and research has been done for many, many years about how to get children more active in the academic setting,” Webster explains. “But the problem has always been that once you remove us — the researchers — the activity dwindles.”

Through the development of a new program model, Partnerships for Active Children in Elementary Schools (PACES), Webster and his team are building a program with long-term classroom sustainability.

The challenge is convincing teachers they can incorporate physical activity into their lessons without interrupting the classroom itself. Some teachers simply aren’t comfortable with the concept, and others note the potential for it to be disruptive.

“We need to show that it will not negatively affect academic performance, and that students will actually perform better,” notes Webster.

To overcome these barriers, Webster’s team began with an innovative approach, which involves harnessing the expertise of faculty from complimentary disciplines — physical education, public health, and psychology — and developing a three-pronged approach to building the program.

The first component of PACES, Move for Thought (moveforthought.ning.com), is a website and online community, consisting of strategies and activities teachers can use to infuse more physical activity into regular class time. Spyridoula Vazou, a member of the research team at Iowa State University, developed the website as a resource for preservice and in-service classroom teachers.

The second component places College of Education students in the classrooms to lead and demonstrate physical activity promotion strategies, such as incorporating movement into lessons, or doing short movement breaks between lessons and during transitions.

The final aspect of PACES is forming a long-term partnership between the university researchers and school administrators and teachers to continue identifying appropriate movement-based resources. PACES researchers work individually with each classroom and physical education teacher to develop context-specific strategies for sustainable physical activity promotion.

“We can’t package a physical activity program for teachers and assume that one size will fit all forever,” Webster notes. “Everyone has different jobs. All classrooms are different. A continued partnership will ensure we have long-term impact.”

Webster and his team spent the first year of the project forming relationships with parents, teachers, schools and districts. They had to sell everyone involved on the idea that physical activity could positively impact academic outcomes — and that the involvement of their children was critical.

Webster and his team have been working on PACES for two years with no grant funding. One team member had the accelerometers left over from a prior research study. Students, both undergraduate and graduate, work with the teachers in the elementary schools, and spend hours reviewing video and compiling data.

Then there is the contribution of Elena, her classmates and the children in the other classrooms Webster’s team is studying. They know they’re helping people at USC study exercise, but they don’t know the tremendous impact their participation could have on communities state and nationwide. Additionally, Webster and his team could not do the study without the consent and support of all the parents, teachers, and school and school district administrators.

“Yes, we are going after funding as we speak,” Webster explains. “We want to build this project, prove that it works, and have a program that is scalable and can be replicated statewide. “We ultimately want to be able to say, ‘This partnership approach works — and this is how you can do it.’” 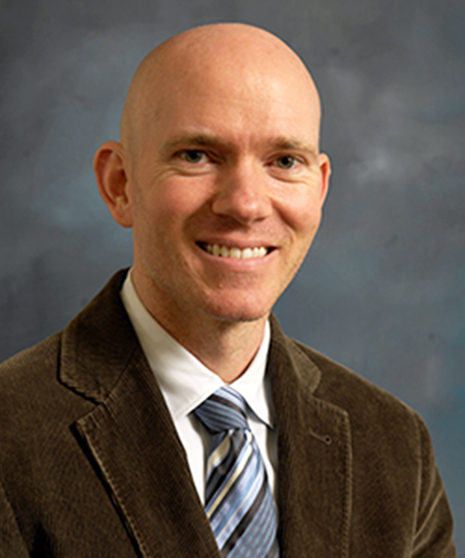 Webster is an Associate Professor in the College of Education Department of Physical Education and Athletic Training. He is also a Senior Scientist with the Yvonne & Shuyler Moore Child Development Research Center and a Faculty Affiliate with the Policy to Practice in Youth Programs (P2YP) Research Group.

He has authored or co-authored 49 publications, has given 55 national and international presentations, and has helped to secure over $1 million in external funding for research.