USC Museum of Education hosts A Remembrance of the Orangeburg Massacre Feb. 4

Tensions rose between protestors and SC Highway Patrol officers. Three hundred protestors from South Carolina State College and Claflin University converged on the alley in a non-violent demonstration. A melee with the police ensued in which police beat two female students. The incensed students then smashed the windows of white-owned businesses along the route back to campus.

With scenes of the destruction in Detroit and Newark fresh in their minds, Orangeburg’s white residents, businessmen and city officials feared urban terrorists were in Orangeburg. The Governor sent in the state police and National Guard. By the late evening of February 8th, army tanks and over 100 heavily armed law enforcement officers had cordoned off the campus, and 450 more had been stationed downtown.

By the end of the night, three students had been killed and at least 27 students were wounded.

Directed and produced by Bestor Cram and Judy Richardson, Scarred Justice: The Orangeburg Massacre 1968 brings to light one of the bloodiest tragedies of the Civil Rights era after four decades of deliberate denial. The killing of four white students at Kent State University in 1970 left an indelible stain on our national consciousness. But most Americans know nothing of the three black students killed at South Carolina State College in Orangeburg two years earlier.

This masterful film casts a brilliant light on events shamefully obscured for decades. — Julian Bond, Chairman, NAACP Board of Directors

This scrupulously researched documentary finally offers the definitive account of that tragic incident and reveals the environment that allowed it to be buried for so long. It raises disturbing questions about how our country acknowledges its tortured racial past in order to make sense of its challenging present.

Bestor Cram is a director, producer, and cinematographer who founded Northern Light Productions in 1982, a Boston-based production company which produces film projects for museums and for television on PBS, the History Channel, and the Discovery Channel. His films include The Special, and Unfinished Symphony: Democracy and Dissent, among others.

Judy Richardson writes, lectures, and holds workshops on the history and relevance of the Civil Rights Movement in addition to her work as a producer. She also worked on the award-winning PBS series Eyes On The Prize, Eyes on the Prize II, and Malcolm X: Make It Plain.

The Museum of Education will host a discussion following the film screening. This event is free, open to the public, and will take place in the Travelstead Room in Wardlaw College from 4:40 to 6:10 p.m. 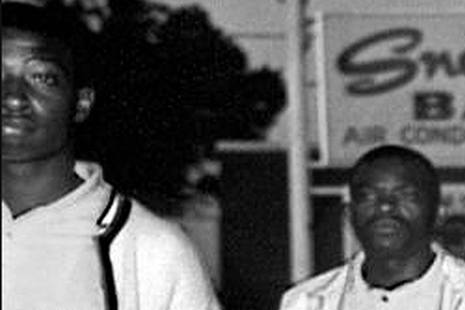 Join us Feb. 4 to watch and discuss the entire documentary.

A Remembrance of the Orangeburg Massacre is free and open to the public.