A College of Education alumna recently earned a prestigious teaching award given to just five people each year. Stephanie Johnson, a teacher in the Richland One School District, earned the Horace Mann Award of Teaching Excellence from the National Education Association (NEA).

Since 2001, Horace Mann, a company that offers insurance to educators, has partnered with the NEA Foundation to acknowledge, reward and promote excellence in teaching through the award. Each year, five public school educators from around the country are honored. Each recipient receives $10,000 and is recognized at the NEA Foundation's education gala in February.

Johnson earned her undergraduate (2003) and graduate (2004) degrees from the University of South Carolina College of Education. She is a National Board Certified Teacher in Early in Middle Childhood/Literacy and has been teaching for 12 years. She is currently a second grade teacher at H.B Rhame Elementary School.

(as shared by NEA)

Stephanie Johnson opens her cross-cultural lesson with a Rorschach image. “What do you see?” she asks. Some students see a man playing a saxophone while others see a woman’s face. “How is it that we all have the same picture but see different things?” she continues. Today’s lesson is on perspectives and the students discuss what they think this term means.

By a show of hands, the students indicate that they know the storyline for Jack and the Beanstalk. Johnson then presents a summary of the situation presented in the book and prods with more questions. Was it wrong for Jack to steal from the Giant? Should he have listened to his mother? What do you think?

The students then watch a video about the key components of an argument including purpose, claims, counterclaims, reasons, and evidence, which are also their vocabulary words of the day. By drawing straws, they are assigned to take Jack’s side or the Giant’s side in the debate that ensues. Johnson tells the students that at school and in life, they will be exposed to people with different experiences and views and that all perspectives should be valued.

Johnson’s teaching also includes the integration of technology into her lesson plans. In addition, she uses technology to conduct professional development training for her colleagues and workshops for parents. 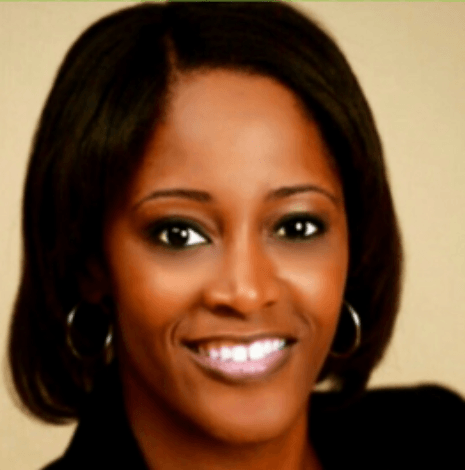 "Being a teacher is one of the most difficult tests of will and mission. I've learned that it's important to find lessons that include and teacher to all students."