Christi Bigony, one of Palmetto College’s first Elementary Education graduates, previously graduated from UofSC in 2008 with a Bachelor of Arts in Hotel, Restaurant, and Tourism Management. That degree led her to Riverbanks Zoo, where she worked for a contract company, Aramark, for approximately five years as the Zoo's Concessions Manager. While Christi thoroughly enjoyed her time in the hospitality industry, she knew that her heart was with working with children. When she found out she was expecting a baby, she took the opportunity to return to school. When asked about her decision to return to her alma mater, Christi replied:

I knew that I wanted to return to USC in order to obtain a quality education that would not simply award me a degree, but challenge me to become the best teacher I could be.

When researching USC's programs, Christi was happy to see that Palmetto College would be opening the same semester that she was hoping to begin. “I wanted the convenience of online classes so that I could stay at home with my daughter,” said Christi. “In hindsight,” she continued, “it was a little crazy with a newborn in the house along with taking a full time course load at USC, but it was possible through understanding professors who genuinely wanted to see their students succeed.”

About a year after Christi had her daughter, Adeline, she became a single mother. She has been able to manage her course work and student teaching, along with a two-year old, all while maintaining a place on the President's Honors List, an accomplishment of which she is extremely proud of.

Christi admits she was a bit hesitant about entering the online world of education due to the lack of personal interactions with professors and classmates. However, through a variety of platforms including meetings at USC, Google Hangouts, and Skype, she has been able to get the personal attention from professors she needed, as well as form relationships with her peers.

Having previously experienced college through the traditional, on-campus classes and now through online classes, Christi advises others:

“I can see the difference between the two types of education. Neither is better than the other, but it is important to note that self-discipline is a vital part of success in online classes. Don't think that because the classes are online, they are somehow easier. It takes a great deal of time-management, determination, and flexibility to complete online classes.” 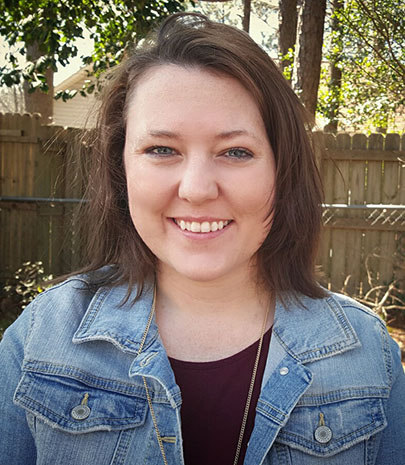 The College of Education is proud to graduate the first five Palmetto College Elementary Education candidates in the spring and summer of 2016. These graduates are from all across the state, including Columbia, Elgin, Goose Creek, and Pelion.