“Hop to me,” says physical education professor Ali Brian as she works with an excited preschooler in Swansea, South Carolina. “Now, throw this ball as hard as you can.”

Brian watches closely to see how the child moves as he follows her prompts, assessing certain gross motor skills that children his age should have mastered by now. Physical education doctoral students help Brian observe and assess more than 200 students at the Lexington School District 4 Early Childhood Center. She’s not surprised to find that 75% of those children showed some form of developmental delay in gross motor skills.

The Duke Endowment recognizes that health extends beyond clinical care and includes the adoption of a healthy lifestyle.

“We are seeing a decline in gross motor development in young children, with and without diagnosed disabilities, across the country,” Brian says. “Children are just not moving as frequently or as well as they did 30, 40 years ago.”

In fact, only 20% of 3- to 5-year-olds are getting the recommended amount of physical activity. Childhood obesity is also on the rise – 15% of 2- to 4-year-olds are obese. That rate goes up in rural or poorer parts of the country.

“For the first time in history, children have a shorter predicted lifespan than their parents,” Brian says. “And, it’s going to take early gross motor skill intervention and a change in behavior in parents – not just children – to change that.”

Brian says the key to increasing gross motor development among young children is getting parents, as well as preschool teachers, involved in effective physical activity.

Educating and training parents is the focus of new, integrative gross motor and physical activity intervention program called SKIPping with PALS. It’s a combination of two programs: the “Successful Kinesthetic Instruction for Preschoolers” (SKIP) program that Brian and her advisor developed during her doctoral work at Ohio State University, and “Promoting: Academics, Learning and Success” (PALS), which is an existing program created by the Lexington 4 Early Childhood Center.

Brian and her team began partnering with the child care center in 2015 to implement SKIP. After assessing the children, Brian and her team of doctoral students and undergraduate physical education majors delivered SKIP to the children. After just six weeks of twice-weekly motor skills interventions, approximately 95% of the same children showed improvements.

“We know SKIP works. We’ve seen the positive results,” Brian says. “However, we want to see sustainability and true generalizability of results. That’s why we wanted to create a program that involves parents or guardians.”

SKIPping with PALS would provide parents with strategies and resources, including a fitness tracking watch, to help their children monitor and improve gross motor skills. Families would receive an activity pack, filled with items such hula hoops, a sensory ball and bean bags. They also will be taught activities that can improve motor skills.

“It’s not enough to give kids a ball and say, ‘Go play.’ You must show them how to properly throw the ball and catch the ball if you want children to learn gross motor skills. Gross motor skills do not develop based upon maturation alone,” Brian says. “We’ll even have videos for parents to watch to learn fun ways to incorporate physical activity into their daily lives.”

In May, the program received a $565,000 grant from The Duke Endowment, which will be used to implement SKIPping with PALS at Lexington 4 Early Childhood Center and analyze its effectiveness over the course of a year.

“The Duke Endowment recognizes that health extends beyond clinical care and includes the adoption of a healthy lifestyle,” says Chris Collins, associate director of Health Care for The Duke Endowment. “Improving both the access and the ability to engage in physical activity is a key component in reducing obesity and future disease burdens. SKIPping with PALS offers an innovative opportunity for families with young children to improve their physical abilities that will carry forward throughout their development.”

Brian also says the program can be replicated and easily shared with other schools and families in the future, which made the work stand out to The Duke Endowment.

“This grant will contribute to evidence related to child development. We are excited that the university plans to package the intervention so that it could be replicated within child care centers, YMCAs or Head Start programs across the Carolinas,” Collins says.

Though The Duke Endowment has supported health care research taking place at the University of South Carolina for years, this is the first award to a College of Education project. In May, the endowment gave nearly $2.4 million to the university, with three Arnold School of Public Health projects receiving funding, in addition to the SKIPping with PALS project. 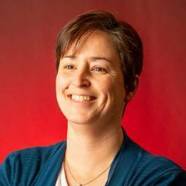 “It’s not enough to give kids a ball and say, ‘Go play.’ You must show them how to properly throw the ball and catch the ball if you want children to learn gross motor skills." 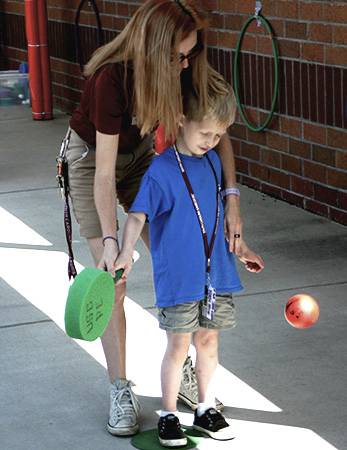 Physical education undergraduate and graduate students are assisting in the SKIPping with PALS programs.