Sarah Lewter never imagined she’d be donning winter boots and bundling up in her University of South Carolina sweatshirt in July.

But the 25-year-old from Murfreesboro, Tenn., a fourth-year dual-degree Pharm.D./master of public health student at the College of Pharmacy, can’t contain her excitement about her advanced pharmacy practice rotation in Nome, Alaska.

The hospital provides healthcare for the people of Nome (population: 3,598) and supports clinics in 15 towns across western Alaska, most more than 100 miles away from Nome and with populations of less than 1,000 people.

And so on a summer Sunday, Lewter boarded an eight-passenger plane to Unalakleet, a village inaccessible by car, to assist at the clinic. She reviewed patient immunizations, lab work and documentation in the electronic health record to determine whether additional vaccines or medication changes were needed. She then gave face-to-face presentations with her care recommendations and rationale to the clinic’s providers, which included a medical doctor, a physician’s assistant and a health aide.

“It was great to be an active part of the interprofessional team at the clinic,” she said.

Living in Alaska was a far cry from the sweltering city summers in Columbia. Lewter walked to work in her trusty boots — “The mud is so thick!” she explained — and for the first time in many years, she spent a month mostly unplugged from technology.

There was no wifi in her apartment, but she found a corner in the hospital with 3G phone service. Unless it rained, she spent a lot of her free time outside collecting sea glass from the nearby Bering Sea.

“It’s been a very big culture shock,” she said. “I’ve seen a lot of things I probably wouldn’t have seen in South Carolina.”

She expanded her clinical as well as cultural horizons. There was a young patient who the health care team suspected of contracting measles, and Lewter saw several patients with congenital adrenal hyperplasia, a common condition in the native population that hampers adrenal gland hormone production. Unlike her experiences as a student pharmacist in South Carolina, she encountered few diabetic patients.

She witnessed firsthand how the expanded role of Alaskan pharmacists has bolstered patient care in remote areas; under the state’s collaborative practice agreement, pharmacists can authorize their patients’ prescription refills for medications treating chronic conditions if certain criteria are met, saving patients a trip to another provider.

Lewter never imagined the possibilities that would be open to her at the College of Pharmacy.

But choosing the USC campus was an easy decision after an on-campus visit where she immediately clicked with the faculty interviewer.

“I loved USC a lot and felt more at home here (than other schools),” she said.

When Lewter was a first-year Pharm.D. student, a friend suggested that she join the campus chapter of the American College of Clinical Pharmacy. Lewter dove into the club’s career mentoring opportunities and recently completed a term as president where she helped launch an initiative to pair students interested in clinical research with professors seeking student research assistants.

Although she shouldn’t need her boots, Lewter will be packing her bags again in October to attend the ACCP annual meeting in Hollywood, Fla.

Along with Scott Sutton, chairman of the Department of Clinical Pharmacy and Outcomes Sciences, she will present research at the meeting about HIV medication adherence.

And Lewter was selected to participate as a member-at-large in the ACCP’s National Student Network Advisory Committee, which will meet during the annual meeting. She already has big plans for networking with other student leaders and sharing best practices that can be replicated here.

“I would encourage everyone to get involved with student organizations if you have a passion,” she said. “Seek out national offices and even local offices. You never know where these organizations might take you in the future.” 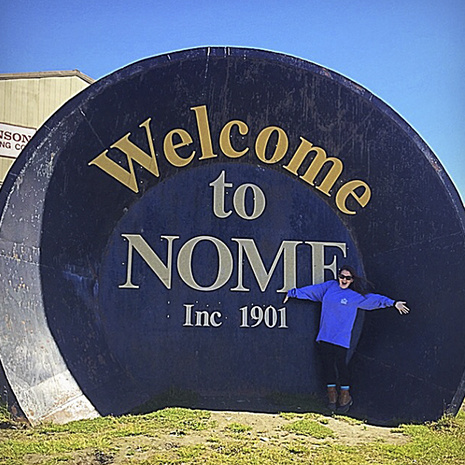 Where will pharmacy take you?

Students at the College of Pharmacy travel to clinical sites across the country to learn first-hand about healthcare practice in diverse settings. Learn more about our Experiential Learning program.