A Superhero in a White Coat

Like the comic book characters of his youth, alumnus Stan Papajohn remains true to his life’s purpose – serving others.

As a child, University of South Carolina alumnus Stan Papajohn purchased comic books for 5 cents each and amassed an impressive collection. He especially admired Superman, Batman - his favorite - and after a short pause, excitedly says, “Oh yeah, and Captain Marvel,” as if suddenly remembering the name of a long-forgotten friend. It was Papajohn’s love of comic books that helped him discover and develop his innate artistic talent as he practiced drawing the DC Comics icons.  Speaking by phone, his voice sounds strong and zestful. He celebrates his 86th birthday on May 7.

"It has nothing to do with easy. It’s about doing what’s right. That’s the only reason you need."

An interest in science led Papajohn to UofSC, where he earned a bachelor’s degree in Biology in 1957. After serving as a medic in the Air National Guard, he decided to return to UofSC to pursue a pharmacy degree. He graduated again with a bachelor’s degree in Pharmacy in 1961. Throughout his career as a practicing pharmacist, he says that he never once dreaded going to work. He was always the first one there and the last to leave. He enjoyed managing people. He enjoyed teaching people. A self-described “people person,” he chuckles about using the cliché before explaining that is precisely why he chose to become a pharmacist. He says, “I really wanted to help people. And I really did help people. I really did.”

Papajohn fondly recalls his many experiences as a preceptor, a responsibility he cherished. He excelled at it, receiving the college’s first Preceptor of the Year Award. After a rewarding career in the Columbia area with St. Andrews Pharmacy, Revco, and Kroger, Papajohn retired from pharmacy practice.

Then he had an idea which brought him back to the university he loved. He asked then Senior Associate Dean, Wayne Buff, ('73, '97) if he could be of service to the college. Buff agreed. Papajohn says that his initial intention was to help out for two or three years. He celebrates 20 years of college service this year.

Stan is highly capable, dedicated and is one who can be counted on for wise counsel ...

Papajohn currently works alongside Kathy Quarles Moore, ('86), director of Community and Compounding Labs. “Stan is highly capable, dedicated and is one who can be counted on for wise counsel. He is such an integral part of our lab team,” Quarles-Moore says.

Papajohn enjoys helping anxious students relax by bringing levity into his interactions with them. He makes a point to tell a joke at the start of every class, admitting his enjoyment for silly humor. He once cartooned his colleague, Quarles Moore, intentionally leaving her face blank, telling students that “Kathy used vanishing cream that morning.” A natural entertainer, Papajohn once appeared in a YouTube video with costumed pharmacy students, dancing to the worldwide Korean hit, “Gangnam Style.”

If, however, students mistakenly equate his good-humored nature with lax standards or lesser expectations, they would be misguided. “I am very particular, and I tell them that,” he says. “I want everything done perfectly. I tell them, ‘You are in a profession that requires perfection. You are dealing with people’s lives. And I will keep after you.’"

The College of Pharmacy continues to benefit from another one of Papajohn’s talents, his artwork, including wall murals, t-shirt art, and spontaneous desktop designs.  In response to the COVID-19 crisis requiring schools to transition to remote learning, he created Gamecock-inspired coloring pages to help entertain children and grandchildren of pharmacy alumni.

Papajohn also shares his artistic talent with the Holy Trinity Greek Orthodox Church, where he is a member. His decorative creations are displayed annually at Columbia’s Greek Festival, an event he has supported since its beginning. It comes as no surprise when he says that his family is his greatest accomplishment, describing his four grandchildren as “super-duper.”  His voice beams. “They’ve done very well in school. They’ve done very well with people. And then I’m so proud of my children, too, because they’ve done a good job raising such great kids.”

As he recounts rewarding experiences from his pharmacy career, Papajohn recalls a special visit from a man who thanked him for saving his life. The man’s doctor told him that Papajohn’s drug interaction advice was the reason he was still alive. Papajohn says that was the best professional reward he could hope to receive.

Then he delivers another story with the ease of a master storyteller. “I was going to Florence with my wife on I-20, and the blue lights come on behind me. I say, ‘Oh no, I’m getting pulled. The patrolman pulled me over and went through the motions of license and registration and all that stuff. Then he says, ‘Mr. Papajohn, what do you do?’ I say I’m a pharmacist. He says, oh, ok, we’re sort of in the same business, aren’t we? I say, ‘Beg your pardon?’ He says, ‘saving … lives.’ “

Like the fictional characters from his youth, Papajohn remains true to his life’s purpose of serving humanity. Unlike the page-bound legends, however, the contributions of this pharmacy superhero are real and significant, measured by the numerous lives he has positively influenced, and the countless smiles he continues to inspire.

In response to the COVID-19 crisis, Stan Papajohn created Gamecock-inspired coloring pages to entertain children and grandchildren of pharmacy alumni. 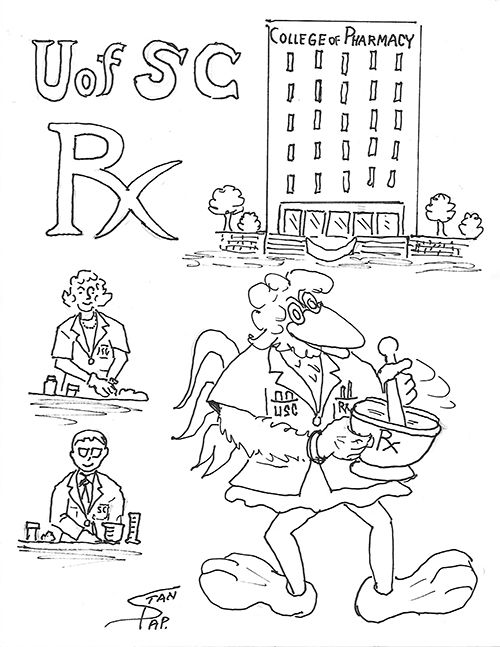 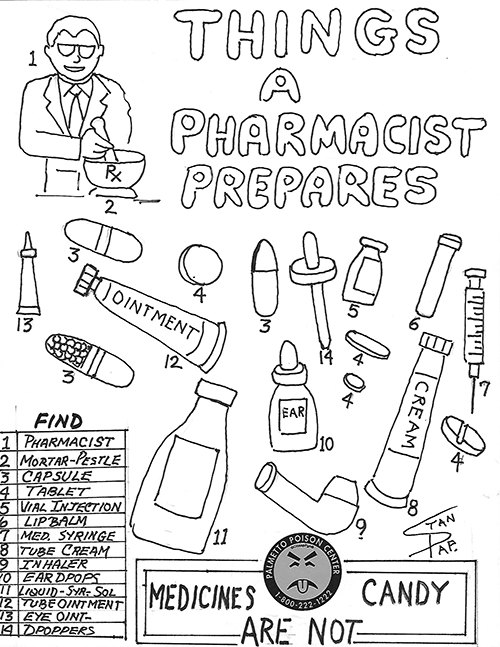 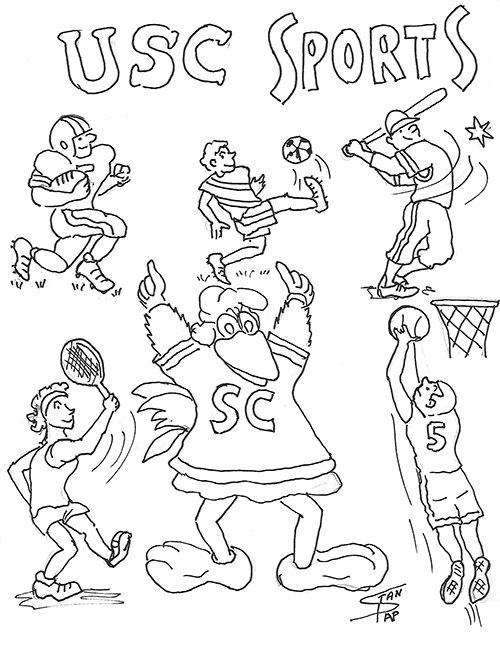