A Breast Cancer Survivor and an Oncological Pharmacist

Emily Willett Gorman, 2013 Pharm.D., and Kelsey Shamblen, 2016 Pharm.D., did not cross paths while students at the UofSC College of Pharmacy, yet both have been impacted by a single connection – cancer, as a patient and as a care provider. We share their stories as part of Breast Cancer Awareness Month and American Pharmacists Month.

Gorman discovered pharmacy as a possible career choice through her sister’s best friend, who had decided to become a pharmacist. With an affinity for math and science, Gorman found that pharmacy appealed to her.

“When I was growing up, my dad had multiple sclerosis, so we always were going for medical visits and picking up prescriptions,” she recalls. “Our pharmacist at our local CVS was also an inspiration for me.”

Gorman came to the University of South Carolina College of Pharmacy as a pre-pharmacy student and earned her Pharm.D. in 2013. She returned to her home state of Tennessee for residency at the University of Tennessee Medical Center, where she completed both her PGY-1 general residency and a PGY-2 in internal medicine. She accepted a full-time opportunity with the medical center in August 2015. Then came the biggest shock of her life. 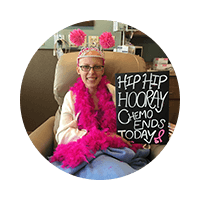 “In December, I had a routine check-up that was fine. My doctor reminded me about doing self-breast checks,” she says. “A few days later, I felt a lump but didn’t think much about it. Then in January, my husband felt it and convinced me to get it checked out.”

What came next was a whirlwind of doctor appointments and testing. By February, the results confirmed her worst fears. At the age of 27, Gorman had an aggressive form of breast cancer.

“I met with the oncologist and surgical oncologist who recommended a bilateral mastectomy. Three days later I had a round of chemo to put my body into peri-menopause, and two weeks later, had the surgery,” she says. 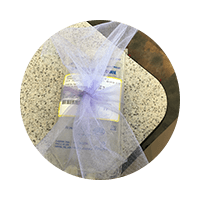 In March 2016, Gorman began a 16-week course of chemo followed by five weeks of daily radiation treatments. With no history of breast cancer in her immediate family, she decided to undergo genetic testing and discovered that she carried the BRCA2 gene, which put her at increased risk for breast cancer.

“I found out that my grandfather had prostate cancer, and that likely put me at a greater risk,” Gorman says. “My great grandmother also died of breast cancer.”

It has been five years since her recovery and her follow-up visits continue to bring good news, although she will continue to take Tamoxifen for the foreseeable future.

In the meantime, Gorman is doing all she can to educate as many people as she can about cancer prevention and finds an interesting connection back to her days as a pre-pharmacy student at the university, as she was a member of Zeta Tau Alpha sorority and Kappa Epsilon, both of which support breast cancer research in their philanthropical efforts.

“The work these organizations are doing is so important,” she says. “It certainly came full circle for me.”

Kelsey Shamblen always knew she wanted to be in the medical profession.

“I had heart issues growing up, so I was around medicine and doctors and pharmacists as a child,” she says. “The summer before my senior year in high school, I took part in the Adventures in Pharmacy program at the university. I knew then exactly what I wanted to do.”

Shamblen earned her Pharm.D. in 2016 and completed a PGY-1 residency at St. Joseph’s Hospital in Tampa, Florida, then completed her PGY-2 residency in pediatric oncology at St. Jude Children’s Research Hospital in Memphis, Tennessee.

“I became interested as a student in the number of drugs available to treat various types of cancer and the role that pharmacy can play in managing those drugs,” she says. “At St. Jude, I fell in love with how impactful pharmacists can be and the relationships you get to build with your patients.”

I am amazed every day at the resilience of the patients to their family members, their children and loved ones – to see the spirit they carry with them. They are warriors and they just keep fighting.

Shamblen now serves as a clinical pharmacy specialist in oncology and is a preceptor for the hematology/oncology rotations at McLeod Regional Medical Center in Florence, South Carolina where she oversees the inpatient oncology floor as well as the outpatient infusion center.

“I am amazed every day at the resilience of the patients to their family members, their children and loved ones – to see the spirit they carry with them. They are warriors and they just keep fighting,” she says.

Shamblen encourages young pharmacists to consider oncology as a specialty.

“There are new targeted agents coming out for specific indications, and we need more pharmacists to help manage those,” she says.

She also reminds students to be aware of the many opportunities a pharmacy degree can provide.

“I am able to push the envelope of what I get to do each day because of the education I have received. I’m not sure students realize how much impact they can have with their patients, not only in providing their medications but in becoming their advocate. It is rewarding to know you can help ease a patient’s mind and help them through such a scary time.”