For the second consecutive year, a UofSC College of Pharmacy student has received the prestigious U.S. Public Health Service Excellence in Public Health Pharmacy Award. Third-year student Michael Deaney has been recognized for his significant contributions to public health by promoting wellness and healthy communities.

Through his membership and leadership in the UofSC chapter of the Student National Pharmaceutical Association, Deaney has participated in countless activities raising awareness for underrepresented groups, including racial minorities, LGBTQ+, disabled, and low socioeconomic status individuals. His efforts have placed the chapter in the spotlight within the college and at a national level.

“I began to realize the potential pharmacists have to make an impact on others,” he says. “In directly reaching over 3,600 community members through virtual sessions, food bank volunteering, immunizations, and donation drives, I like to think that we were successful.”

Deaney planned and presented the “LGBT Suicide Awareness Workshop” in 2018 to UofSC students, an event that has continued each year since. Recognizing a gap in his pharmacotherapy course sequence, Deaney also invited a national LGBTQ+ health expert to provide a two-part series on transgender health topics for his pharmacy classmates.

In 2019, Deaney received the 2nd Place Walgreens HIV/AIDS Health Outcome Award at the SNPhA Convention, receiving a $1,000 award to be used in coordination with Student Health Services to provide testing for hundreds of students across the university.

The impact of Michael's multi-pronged approach to public health efforts is vast ...

Grant nominated Deaney for the award, citing his passion for raising awareness, promoting advocacy, and combating the stigma in health care experienced by underrepresented groups.

“Michael has created, organized, and sought out opportunities to educate our student body on the physical, mental, and social effects on patients that certain disease states cause,” Grant says. “He has set the bar high for any future events that are student-created due to the impact on not only students, but faculty also.”

The pharmacy curriculum at UofSC includes a Diversity, Equity and Inclusion requirement that is satisfied by attending a combination of approved lectures, workshops and activities. Through Deaney’s leadership, SNPhA has created or organized more than two-thirds of the approved activities.

Deaney is the third student from the UofSC College of Pharmacy to receive the USPHS Excellence in Public Health Pharmacy Award in recent years.

“That the advocacy efforts I have participated in were deemed meaningful enough to earn this recognition is incredibly humbling,” says Deaney. “I hope that it inspires my successors to strive for even greater heights in service and advocacy than I could dream of.” 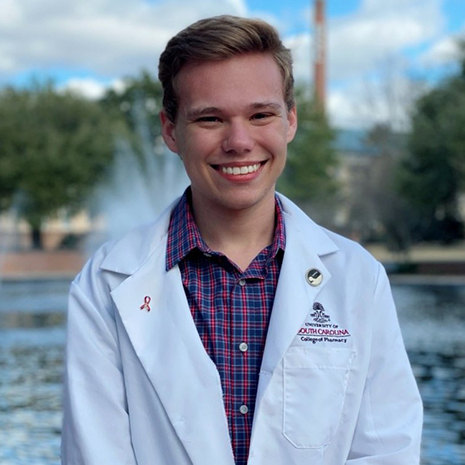