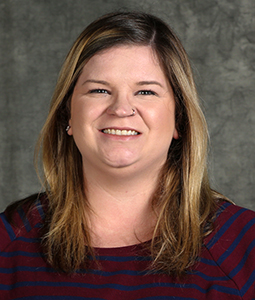 Stryffeler began working in higher education five years ago in leader development at the University of North Carolina at Greensboro. For the last two years, she has worked primarily with first-year students at Clemson University in a similar position to her role at USC.

When she's not advising students at USC, Stryffeler enjoys spending time with her two dogs and her husband. She also enjoys traveling — having studied abroad in Finland and South Africa. Her favorite destinations in the U.S. are Boston and Disneyworld. When she's not on an adventure, Stryffeler loves to cook and bake new recipes.