Induction into the South Carolina National Guard’s Warrant Officer Hall of Fame is an honor for warrant officers who have gone above and beyond in performance of their duties.

Gordon retired in 2016 after serving more than 39 years of honorable, distinguished and dedicated service in the United States Army and South Carolina Army National Guard.  A native of Elmira, New York, she currently resides in Pine City, New York, where she enjoys spending time with her family, friends, and beloved pets, Luke and Nathan.

A graduate of the University of South Carolina with a bachelor’s and master’s degree in Math Education, Gordon began her military career in the regular Army in 1975 as a Private First Class Finance Specialist with the 12th Finance Company at Fort Knox, Kentucky. In 1980, she joined the South Carolina Army National Guard as a Sergeant with Company A of the 163th Support Battalion.

Her career as a Warrant Officer began in 2000, and in 2002 she was selected as the South Carolina Army National Guard Junior Warrant Officer of the Year. She was appointed as the Program Coordinator for the 218th Regiment (Leadership) Regional Training Institute (RTI) Warrant Officer Candidate School in 2007, which graduated over twenty-three candidates over a two-year period due in large part to her leadership skills and mentorship abilities.

Gordon played an integral role in the 218th Regiment (Leadership) receiving the South Carolina Governor’s Unit Citation for meritorious performance during the 2010 Training and Doctrine Command Accreditation. Her career at the RTI also included serving as a Training, Advising, and Counseling (TAC) Officer for the Palmetto Military Academy Officer Candidate School.

The many accomplishments and awards Gordon accumulated throughout her military career include the Legion of Merit, the Meritorious Service Medal and the Army Commendation Medal with 4 Oak leaf Clusters, among many other Federal and State awards and decorations. 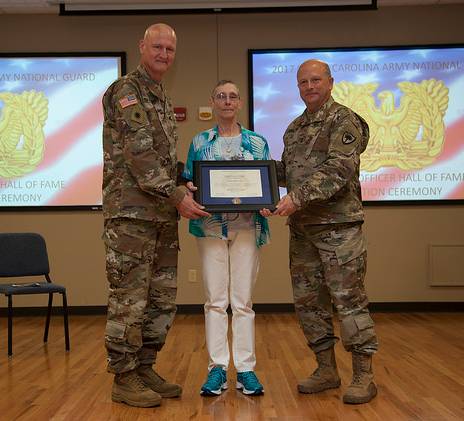