Fuel cells are classified according to the nature of the electrolyte. Each type requires particular materials and fuels and is suitable for different applications. The article below uses the proton exchange membrane fuel cell to illustrate the science and technology behind the fuel cell concept but the characteristics and applications of the other main designs are also discussed.

PEM cells operate at a temperature of around 80°C. At this low temperature the electrochemical reactions would normally occur very slowly so they are catalysed by a thin layer of platinum on each electrode.

This electrode/electrolyte unit is called a membrane electrode assembly (MEA) and it is sandwiched between two field flow plates to create a fuel cell. These plates contain grooves to channel the fuel to the electrodes and also conduct electrons out of the assembly. Each cell produces around 0.7 volt, about enough power to run a light bulb, in contrast to around 300 volts needed to run a car. In order to generate a higher voltage a number of individual cells are combined in series to form a structure known as a fuel cell stack.

PEM fuel cells have a number of attributes that make them ideal candidates for use in automotive applications and small domestic applications, such as replacements for rechargeable batteries. They operate at relatively low temperatures which allows them to start up rapidly from cold and have a high power density which makes them relatively compact. In addition, PEM cells work at high efficiencies, producing around 40-50 per cent of the maximum theoretical voltage, and can vary their output quickly to meet shifts in power demand.

At present, demonstration units capable of producing 50 kW are in operation and units producing up to 250 kW are under development. There are, however, still a number of barriers that need to be overcome before this technology becomes more widespread. The main issue is cost as the membrane materials and catalysts are expensive but ongoing research and development is constantly reducing cost, and economies of scale will kick in once these cells are mass produced.

The other drawback of PEM cells is that they need pure hydrogen to operate as they are very susceptible to poisoning by carbon monoxide and other impurities. This is largely due to the low operating temperature of the cell which necessitates the use of a highly sensitive catalyst. Again, work is being carried out to produce more tolerant catalyst systems along with membranes capable of operating at higher temperatures.

Alkaline fuel cells are one of the most developed technologies and have been used to provide power and drinking water to space missions, including the US Space Shuttle.

The design of an alkali fuel cell is similar to that of a PEM cell but with an aqueous solution or stabilised matrix of potassium hydroxide as the electrolyte. The electrochemistry is somewhat different in that hydroxyl ions (OH-) migrate from the cathode to the anode where they react with hydrogen to produce water and electrons. These electrons are used to power an external circuit then return to the cathode where they react with oxygen and water to produce more hydroxyl ions.

Alkaline cells operate at a similar temperature to PEM cells (around 80°C) and therefore start quickly, but their power density is around ten times lower than that of a PEM cell so they are too bulky for use in car engines. They are, however, the cheapest type of fuel cell to manufacture so it is possible that they could be used in small stationary power generation units. Like the PEM cell, alkaline fuel cells are extremely sensitive to carbon monoxide and other impurities that would poison the catalyst. In addition, the feedstocks have to be free from carbon dioxide as this reacts with the potassium hydroxide electrolyte forming potassium carbonate which inhibits the cell performance.

The phosphoric acid fuel cell is currently the most commercially advanced fuel cell technology. As the name suggests, these cells use liquid phosphoric acid as the electrolyte, usually contained in a silicone carbide matrix. Phosphoric acid cells work at slightly higher temperatures than PEM or alkaline fuel cells - around 150 to 200°C - but still require platinum catalysts on the electrodes to promote reactivity. The anode and cathode reactions are the same as those in the PEM fuel cell with the cathode reaction occurring at a faster rate due to the higher operating temperature.

This increased temperature also imparts a slightly higher tolerance to impurities and phosphoric acid cells can function with 1-2 per cent carbon monoxide and a few ppm of sulphur in the reactant streams.

The efficiency of phosphoric acid cells is lower than that of other fuel cell systems, at around 40 per cent, and these systems also take longer to warm up than PEM cells. Despite these drawbacks, there are a number of advantages of this technology including simple construction, stability and low electrolyte volatility. Phosphoric cells have been used to power buses and a number of these units are in operation but it is unlikely that these cells will ever be used in private vehicles. A considerable research effort over the last 20 years has, however, resulted in phosphoric acid cells being successfully developed for stationary applications. There are currently a number of working units with outputs ranging from 0.2-20MW installed around the world providing power to hospitals, schools and small power stations.

Molten carbonate fuel cells work quite differently from those discussed so far. These cells use either molten lithium potassium or lithium sodium carbonate salts as the electrolyte. When heated to a temperature of around 650°C these salts melt and generate carbonate ions which flow from the cathode to the anode where they combine with hydrogen to give water, carbon dioxide and electrons. These electrons are routed through an external circuit back to the cathode, generating power on the way.

The high temperature at which these cells operate means that they are able to internally reform hydrocarbons, such as natural gas and petroleum, to generate hydrogen within the fuel cell structure. At these elevated temperatures there is no problem with carbon monoxide poisoning, although sulphur remains a problem, and the platinum catalysts can be substituted for less expensive nickel species. The excess heat generated can also be harnessed and used in combined heat and power plants. These fuel cells can work at up to 60 per cent efficiency and this could potentially rise to 80 per cent if the waste heat is utilized.

The high temperatures do, however, present some problems. The cells take a considerable time to reach the operating temperature, making them unsuitable for transport applications and the temperature and corrosive nature of the electrolyte probably mean that they are unsafe for home power generation. The high power generating efficiencies mean that they are attractive for use in large-scale industrial processes and electricity generating turbines. Current demonstration cells have produced up to 2 MW but designs up to 50 and 100 MW capacity are on the drawing board.

Solid oxide fuel cells work at even higher temperatures than molten carbonate cells. They use a solid ceramic electrolyte, such as zirconium oxide stabilized with yttrium oxide, instead of a liquid and operate at 800 - 1,000°C.

In these fuel cells, energy is generated by the migration of oxygen anions from the cathode to the anode to oxidize the fuel gas, which is typically a mixture of hydrogen and carbon monoxide. The electrons generated at the anode move via an external circuit back to the cathode where they reduce the incoming oxygen, thereby completing the cycle.

As with the molten carbonate fuel cell, the high temperature means that these cells are resistant to poisoning by carbon monoxide as this is readily oxidized to carbon dioxide, as shown above. This removes the need for external reforming to extract hydrogen from fuel and these cells can again use petroleum or natural gas directly. Solid oxide fuel cells also exhibit the highest tolerance to sulphur contamination of all the technologies so far. These cells are more stable than MCFCs due to the solid electrolyte but the construction materials needed to contain the high temperatures generated tend to be more expensive.

These cells can reach efficiencies of around 60 per cent and are expected to be used for generating electricity and heat in industry and potentially for providing auxiliary power in vehicles.

The direct methanol fuel cell is a variant of the PEM fuel cell which uses methanol directly without prior reforming. The methanol is converted to carbon dioxide and hydrogen at the anode. The hydrogen then goes on to react with oxygen as in a standard PEM fuel cell.

These cells are expected to operate at around 120°C, which is slightly higher than the standard PEM fuel cell, and give efficiencies of around 40 per cent. One drawback is that the low temperature conversion of methanol to hydrogen and carbon dioxide needs a larger quantity of platinum catalyst than in conventional PEM cells. This increased cost is, however, expected to be more than outweighed by the convenience of using liquid fuel and the ability to function without a reforming unit. The technology behind direct methanol fuel cells is still in the early stages of development but it has been successfully demonstrated powering mobile phones and laptop computers, potential target end uses in future years.

The concept of the regenerative fuel cell is relatively new but is being researched by a number of groups around the world. This technology works on the same basis as a conventional cell in that hydrogen and oxygen are used to generate electricity, heat and water. The difference is that the regenerative cell also performs the reverse reaction, that is electrolysis. The water generated in the fuel cell is fed to a solar powered electrolyser where it is separated into its constituent components of hydrogen and oxygen which are then fed back to the fuel cell. In this way a closed system is formed which does not require external hydrogen generation. The development of a commercial system is some way off and there are a number of issues that need to be addressed including cost and the perfecting of a reliable way of harnessing solar power. 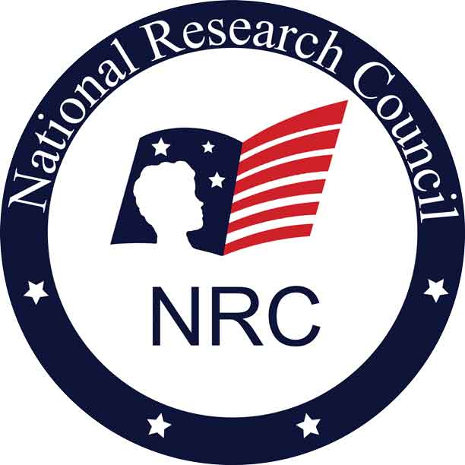 A Graduate program nationally ranked in the top 30. top 10 in the South and number one in South Carolina by the National Research Council 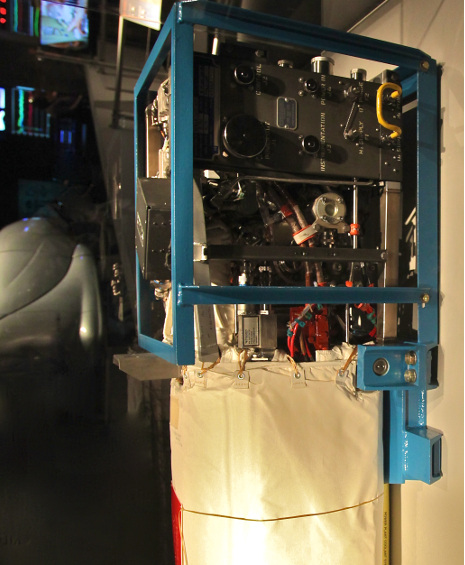 The three fuel cells operate as independent electrical power sources, each supplying its own isolated, simultaneously operating 28-volt dc bus. The fuel cell consists of a power section, where the chemical reaction occurs and an accessory section that controls and monitors the power section's performance. The power section, where hydrogen and oxygen are transformed into electrical power, water and heat, consists of 96 cells contained in three substacks. Manifolds run the length of these substacks and distribute hydrogen, oxygen and coolant to the cells. The cells contain electrolyte consisting of potassium hydroxide and water, an oxygen electrode (cathode) and a hydrogen electrode (anode). CREDIT: NASA.