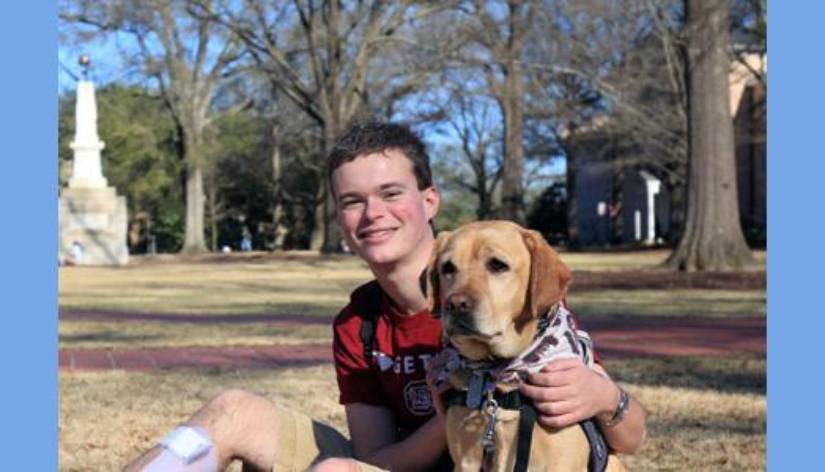 University of South Carolina senior Jory Fleming has been named one of the 32 winners of the prestigious Rhodes Scholarship.

A Capstone Fellow, Fleming is pursuing a double major in geography and marine science with a minor in geophysics, focused on GIS and mapping data as a method of communicating on behalf of the ocean.

Up to 32 new Rhodes Scholarships are awarded each year. The awards allow recipients to study for a period of two years at Oxford University in England. The Rhodes is perhaps the most prestigious and recognizable national fellowship awarded to U.S. students.

"I believe that Cecil Rhodes had a student just like Jory Fleming in mind when he envisioned the Rhodes Scholar. He certainly anticipated academic brilliance, but more than that he expected these future leaders to have courage, sympathy, unselfishness, fellowship, kindliness, a moral force of character and more. If you know Jory, you know these traits describe him perfectly. I have absolutely no doubt that Jory will make Carolina proud as he takes on this new adventure," USC President Harris Pastides said.

Fleming, of Columbia, plans to pursue a graduate degree in the School of Geography and the Environment at Oxford. At Carolina, he has been involved in a wide range of research, working with marine science and geography faculty mentors Jean Ellis, Tammi Richardson, Joe Jones, Jerry Mitchell, Blaine Griffen, and Jennifer Pournelle. Fleming has been involved in the University 101 program, serving first as a peer leader and now a senior peer leader.

An advocate for literacy and science education, he volunteers with PAALS (Palmetto Animal Assisted Life Services) and Cocky’s Reading Express.

Fleming, who has autism, credits his service dog, Daisy, with helping him engage with others on campus and beyond.

"I am elated for Jory (and Daisy) for this incredible opportunity. Not only is Jory brilliant, but more importantly he is the most kind-hearted person you will encounter. He positively impacts all those around him — Oxford doesn’t yet appreciate their good fortune," said Ellis, who has known and mentored Fleming and is the director of graduate studies in Carolina’s geography department and the School of the Earth, Ocean and Environment.

This article was originally posted by UofSC on November 19, 2016