Football in the South is a pretty big deal. Actually, that might be the understatement of the decade. Football in the South is a religion, and the Southeastern Conference (SEC) is its denomination. Each Saturday in the fall, fans pour into SEC stadiums to worship. Dressed to a tee and brimming with pride, they hoot and holler till their vocal chords dry up, riding an exhausting roller coaster of emotion as their teams battle through sweat and tears to earn a victory.

Earlier this year, ESPN capitalized on this passion with the launch of the SEC Network, a 24-hour sports network devoted solely to the SEC and its 14 institutions. The launch of this network was a historic moment in college sports, and in the career of Justin Connolly, ESPN Senior Vice President of College Networks.

Connolly, speaking at the School of Journalism and Mass Communications Buchheit Family Lecture, discussed the rise of conference networks, focusing on the SEC Network, and its impact on the broadcasting field as well as college athletics.

Connolly prefaced his comments with a quote from famed 20th Century Fox executive Darryl Zanuck. Zanuck said, "Television won't be able to hold on to any market it captures after the first six months. People will soon get tired of staring at a plywood box every night." While Zanuck's mindset was a result of the time (he said this in 1946), this quote shows just how far television has come since those early days.

"Thankfully for someone in my business," says Connolly, "the average daily television consumption per person in the U.S. in 2013 was 4 hours and 53 minutes. I would say as someone in the media business, this is a great market place and a great opportunity."

The sports television market has evolved tremendously since ESPN's launch in 1979. As leagues, both professionally and collegiately, become wealthier and more accessible to fans, creative content has evolved to meet their needs. The National Football League launched the NFL Network in 2003, followed by the Big Ten Network in 2007, the MLB Network in 2009 and the SEC Network in 2014.

The launch of the SEC Network was a massive marketing and public relations challenge for ESPN. "We knew we had a passionate group," says Connolly about SEC fans, "and the key was how do we reach them; how do we brand the network [and] identify with them?"

ESPN partnered with an ad agency to develop a series of videos and commercials under the tagline "take it all in." The videos captured the spirit, traditions and passion of the SEC, and urged fans to demand their television providers carry the network so they too, could "take it all in." The campaign was a success, with roughly 97 percent of households nationally receiving the SEC Network.

A network dedicated to a single facet of the sports world is a challenge for producers at the SEC Network, but also an opportunity to tap into a new market. Connolly explains the network covers every sport, something that is rare in sports television today. As technology continues to mold the industry, the SEC network provides viewers content on every platform.

There are challenges to developing cutting edge content to draw viewership, so the SEC Network leads with exclusive live events. However, the "secret sauce," as Connolly describes it, for the network is SEC Storied, which airs original films about personalities, traditions and history of the SEC.

However, a network devoted to one conference is not without its challenges. Mainly, from a journalistic perspective, the network has to cover, and at times, critique its own players, coaches, schools and staff. "There are opportunities for things to go wrong on campuses," says Connolly, "and we can't bury our head in the sand on that. We report it, and we are truthful and honest about it."

Matthew Bowen is a junior public relations major in the School of Journalism and Mass Communications. He wrote this story for Journalism 540, Magazine Article Writing. 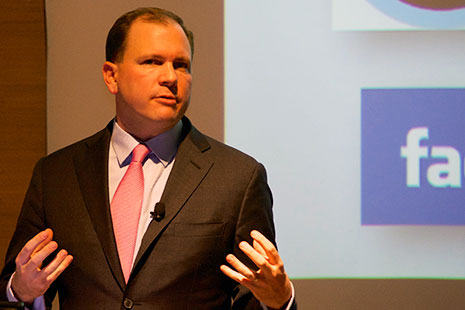 Excerpts from Justin Connolly's remarks at the 2014 Buchheit Family Lecture. 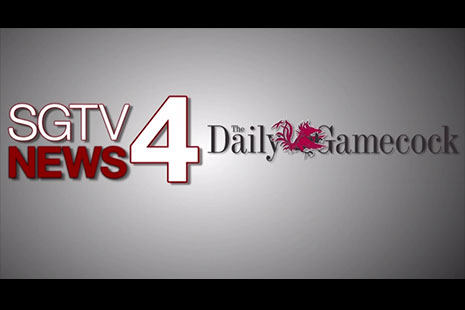 An SGTV 4 interview with Justin Connolly.