InterCom magazine, the student-produced alumni and donor magazine for the college, won three platinum awards, two gold awards and four honorable mentions in the 2015 MarCom Awards for its two most recent issues.

InterCom magazine is produced by a School of Journalism and Mass Communications class, Publication Writing and Design, now taught by Kathy Pettit. Senior Instructor Lisa Sisk developed the course in 2009; she taught it through the Fall 2014 issue, before handing the reins to Dean Charles Bierbauer for the Spring 2015 issue. Design editor Alison West Moons, '13, also played a pivotal role in shaping the award-winning issues.

The student-produced magazine has been recognized by the MarCom awards each year since it began entering the competition in 2013.

"InterCom is one of the few alumni magazines reported, written and designed by students," Dean Bierbauer said. "It’s a great experience for them, adding value to their resumes and portfolios. And we think it’s pretty cool when our students win platinum and gold national awards."

The MarCom competition, sponsored by the Association of Marketing and Communication Professionals, recognizes achievement in the marking and communications industry. More than 6,000 entries are submitted from individuals and organizations across the globe each year.

The Fall 2015 InterCom will hit mailboxes in mid-December. 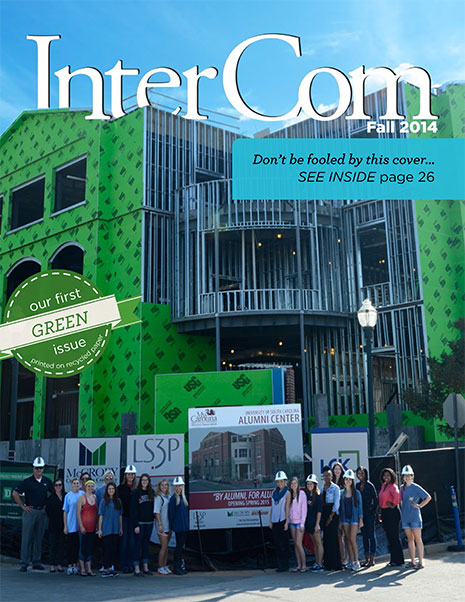 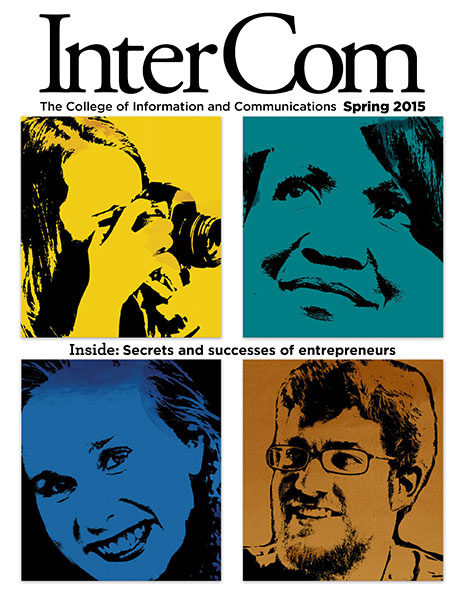