Combine ESPN vice president of college sports programming, mentor and proud Gamecock alumna together, and you’ll get Rosalyn Durant. Durant, a 1999 journalism alumna, serves on the Board of Directors for the T. Howard Foundation, which was created to increase diversity in the multimedia and entertainment industry. Durant had T. Howard internships with Turner Broadcasting and ESPN during her junior and senior years at USC.

Durant makes sure the foundation’s participants have experiences equal to or greater than her own by building relationships with them outside of the program.

She’s a great mentor to anybody despite your job goals, which makes her unique. Shelbretta Ball

Durant and Shelbretta Ball met at the 2014 T. Howard Foundation orientation, more than a year after they connected through emails and phone calls. Ball, a criminal justice major and advertising and public relations minor, was recruited by Dawn Staley during her senior year of high school in Jackson, Mississippi, and received a scholarship to play basketball. Three weeks into practice, and before she got the opportunity to play in her first game, Ball was diagnosed with a heart condition that restricted her from playing competitive basketball again. This seemingly unfortunate incident ended up bringing Durant and Ball together.

“I sent her the link to my YouTube channel, Ballin’ with Brett, to get an idea of who I was before I connected with her,” Ball said of Durant.

Ball said some of the best advice Durant gave her was on networking and learning new skills to position herself to reach her new goal of becoming a sports broadcaster. “Despite her busy schedule, she takes time to invest in youth. She’s a great mentor to anybody despite their job goals, which makes her unique,” Ball said.

For Durant, she never denies a student that wants to keep in touch with her, especially when they’re a fellow Gamecock.

Durant’s relationship with Ball is just one of many that she uses to encourage and support students’ dreams and career goals. Durant said, “If I’m able to have any small part, however small that may be, in attracting and helping to retain wonderful diverse candidates into this industry that I believe in, it’s a good day. That’s what it’s all about.” 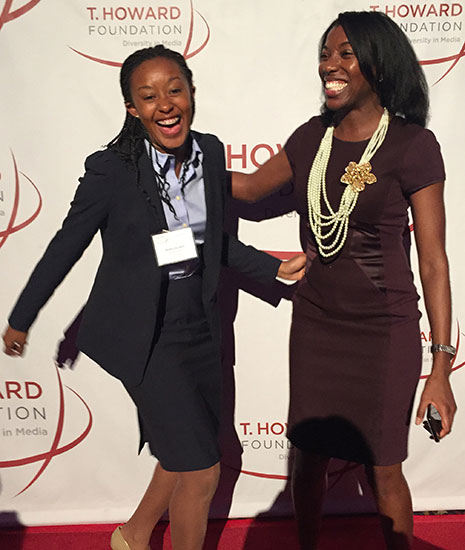