A degree and an evening gown

At the School of Journalism and Mass Communications, strategic planning is an essential lesson to learn no matter the field. Master of Mass Communication student Anna Mills Polatty spent her first year of graduate studies perfecting that skill in an unusual environment.

Polatty has been an active participant in the Miss America Organization since 2012. Her most recent crowning as Miss Greenville Scottish Games 2015 earned her a chance at the Miss South Carolina title. By the end of the June 20-27, 2015 event, she had been chosen as fourth runner-up and received the Miss America Academic Award for South Carolina. Her fellow contestants also named her Miss Congeniality.

Polatty attributes her success to her years as both an undergraduate public relations major and as a graduate student. Learning strategic planning throughout her USC career has benefitted her in both her studies and in her journey in the Miss America organization, she explained. Her education and experiences taught her to brand and market herself as a contestant and the potential Miss South Carolina.

Her skills also helped her in creating a successful social media campaign. During her birthday month of February, she held a crowd-funding event on Facebook to promote her platform. Each contestant chose a cause to advocate and raise money for. Polatty's platform of neonatal and premature care not only coincided with Miss America's partnership with the Children's Miracle Network, it meant a lot to her and her family. "I was born two months premature and not expected to make it. The dividing wall of my left and right brain didn't develop," she explained. The connection she has made through her platform, she said, aided in the planning and implementation processes of her brand. By the end of the campaign, she had raised $2,984 for the Children's Miracle Network Hospitals and the Miss America Scholarship Fund.

The Miss America Organization promotes scholarship as one of its four core values. On both national and state levels, scholarships are provided to encourage contestants to continue their education. Polatty was awarded more than one scholarship, including the top academic honor of Miss South Carolina to continue pursuing her master's degree in integrated communications.

Polatty's main goal as a contestant "was to embrace uniqueness and make an impact" to anyone she could. "Even if it was hugging one of the other girls or giving a compliment backstage, I made sure to do something every day that reached out to someone." By meeting her personal goal and earning high accolades in Miss South Carolina while also working toward her degree, she has successfully learned how to strategically plan her studies, her career and her life on- and off-stage. 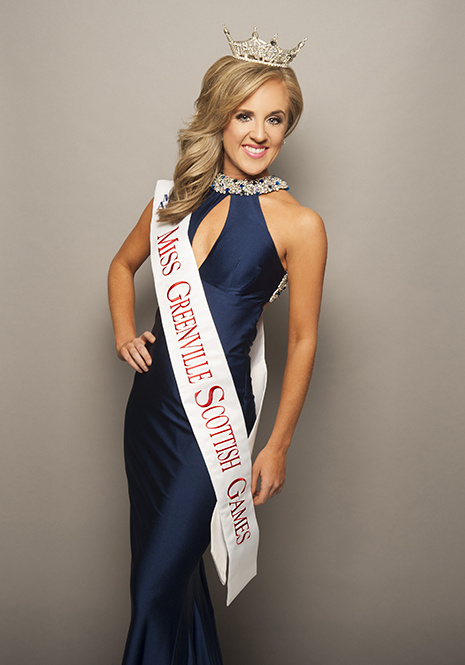 "Anna Mills is typical of our Master of Mass Communication students in combining her studies with outside activities that helped to build her résumé. Some of our students are athletes, some are in the military, some own their own businesses, and some are pursuing individual achievements, including winning pageants. It makes me proud of our students and our program to see success like she has had!

"We stress long-term planning and teamwork in our M.M.C. program. Anna Mills' work to put together her support team and successfully move up to the Miss South Carolina pageant are a great example of how she could put those skills to work."

Learn more about the Master of Mass Communication program