The Carolina Agency, a student-run firm at the School of Journalism and Mass Communications, captured the 2014 “Best of Show” award at the South Carolina Chapter of the Public Relations Society of America Mercury Awards for their winning #RideWithPride Virginia Gamecock license plate campaign.

The Mercury Awards are the premier public relations awards in South Carolina, recognizing professional-level work produced during the previous calendar year as judged by a sister chapter of the Public Relations Society of America. This year entries were judged by the Hoosier chapter in Indiana.

The challenge was not a new one.  Several Virginia alumni associations had tried unsuccessfully over the last decade to get a Gamecock plate approved. The #RideWithPride team was able to do in nine months what no one else could do in nine years. In the end, the TCA team handed the VDMV 391 completed applications and a check for $9,775 to make the UofSC Virginia Gamecock license plate a reality.

“I am proud of the hard work our students invested to make this a reality.  It seems like an easy task, but in the end it was a daunting managerial and tactical challenge. We had to step up and, based on last night’s results, the professional public relations community approved of our students' efforts,” said Jeffrey Ranta, TCA faculty adviser. “The award judging sheets told us we earned a perfect score, defeating all other entries across the Palmetto state,” he added.

“The Best in Show award and the other accomplishments by our public relations program are great honors for us," said Charles Bierbauer, dean of the College of Information and Communications. "The awards show that our students and the faculty who guide them are in the game and able to compete.” 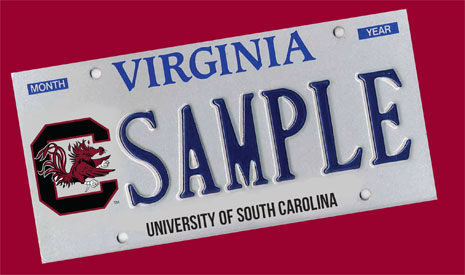 The Carolina Agency won "Best of Show" for this integrated campaign.

The Bateman Team
The 2014-2015 team was named one of the top three in the nation and will compete for the national championship next week at Edelman Public Relations in Chicago with their Home Matters student-led campaign. Read more »