Morgan joined the faculty in 1972 and retired in 1999 as a full professor emeritus.

Dr. Ronald Farrar, former dean of the School of Journalism and Mass Communications, said Morgan was a "tough-minded advertising pro, respected by, and connected to, agencies and other businesses all over the country." He was popular in Atlanta's advertising community as an advertising and marketing consultant and in the classroom. "He was admired by his students, who learned from Ralph's management style what it would be like to work for a savvy advertising executive," said Farrar.

Professor Bonnie Drewniany said, "Ralph was an advertising media guru who inspired many students to become media planners and buyers. He advised the student ad club and brought many professionals to campus, thanks to his strong industry ties."

Born January 28, 1934 in Erie, Pennsylvania, he was the son of Frank and Eva Morgan.

Morgan served in the US Navy as a sonar operator and diver on the Destroyer Rooks during the Korean Conflict.  He held a bachelor of arts degree from Florida State University in advertising and public relations.  He worked for 12 years as an account executive in Atlanta, Georgia for Liller, Neal Battle & Lindsey, where he managed award-winning advertising campaigns for Smokey the Bear and US Steel.

Morgan was an avid outdoorsman and active supporter of Trout Unlimited, the Nassau Sport Fishing Association, the Boy Scouts of America, and the National Park Service.  He was a dedicated volunteer at the Cumberland Island National Park where he donated over 2500 hours of service.  During his time on Cumberland Island, he worked as a Lands and Legacy Tour guide, museum docent, and at Sea Camp, where he was known for his afternoon lectures about Cumberland Island.  He was a Cub Master and then Troop Master for Troop 9 in Columbia, South Carolina for 12 years with the Boy Scouts of America.  He enjoyed surf fishing at many of the local beaches, trout fishing in the north Georgia mountains, and fishing anywhere with his grandchildren.

Mr. Morgan loved being on the water and began sailing as a child at the Corinthian Yacht Club in Washington, DC, eventually culminating with the Charleston Offshore Racing Association, where he crewed the boat “Deadline” for 12 years, winning two championship titles.

Mr. Morgan spent 46 years building a cabin on Lake Burton in the northeast Georgia mountains, where he and his wife Sandy sponsored many sunset suppers on the boathouse and founded Camp Morgan for the grandchildren.

Mr. Morgan always had a smile, even for people he did not know.  He was the patriarch of not only his immediate family, but also families of those who he was not a blood relative.  Kindness and generosity was a way of life for him.

He has an extended family that includes his god-daughter, Amy Bolton Wallace, and a list of others too long to print here.  He loved them all.

There will be a memorial service at 4 pm, Saturday, January 30, at Allison Memorial Chapel in St. Mary’s.

The family requests that in lieu of flowers, contributions be made to “The Ralph Morgan Fund for Georgia Trout Camp”.  This camp is sponsored by Trout Unlimited and introduces youth to trout fishing.  Please send donations to:  Georgia Trout Camp, 194 Kitchins Lane, Clayton, GA, 30525. 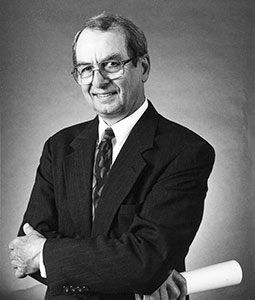