Peter DeLuca, senior vice president of brand Communications for T-Mobile, and Andrew Christou, chief creative officer at Publicis Seattle, will receive the coveted Cocky Award for Best Super Bowl commercial on Tuesday, April 19 from 1:15-2:30 p.m. in the auditorium (room 106) of the School of Journalism and Mass Communications.

The Cocky Award has become a coveted recognition for ad agencies. Each year, the winning team has traveled to the Columbia campus to claim the prize and discuss the making of the commercial.

The Super Ad Poll is conducted by journalism professor Bonnie Drewniany and students in her course on Super Bowl advertising. The students gather on Super Bowl Sunday to critique the commercials for persuasion, brand identity and likability.

The presentation of the Cocky Award is free and open to the public.

DeLuca is responsible for bringing “Un-carrier” brand strategy to life through the development of all national advertising, social mediaand sponsorships and events. He oversees corporate media planning, buying and implementation, including traditional, digital, mobile media, social platforms and program integrations. Prior to joining T-Mobile, DeLuca was the chief marketing officer for the specialty retailer Banana Republic (owned by Gap Inc.). He also spent 12 years working at Charles Schwab in various senior marketing leadership roles. Before joining Schwab, DeLuca spent the early part of his career working at advertising agencies with clients such as AT&T, MCI and several Procter and Gamble brands.DeLuca earned a Bachelor of Science degree in advertising from the University of Colorado.

Christou has 20-plus years in the advertising industry. He began his career at BBDO New York. He continued his success at Wieden + Kennedy, Fallon McElligott, and was a founding partner at Berlin Cameron United. He joined Publicis Seattle in 2010, directly from Saatchi & Saatchi Los Angeles, where he led the MotorSports Division and launched the 2010 Prius, which proved to be the most comprehensive launch in Toyota’s history. He has won numerous awards including The One Show, Art Directors Club, AICPs, Clios and Best of Shows for Addy Awards, as well as AdWeek’s top spots and Creativity Online’s top pick honors. He is a graduate of the School of Visual Arts. 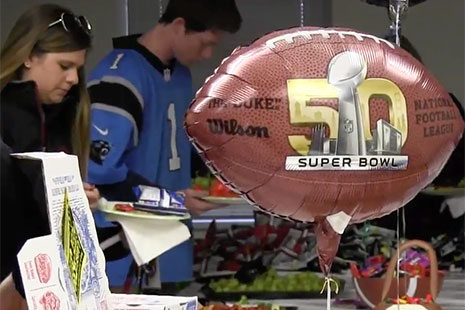 Highlights of the Super Bowl of Advertising class which rated the 2016 commercials.