Five students from the School of Journalism and Mass Communications have been named Washington Media Fellows by the Washington Media Scholars Foundation. Founded by SJMC alumnus Robin Roberts (B.A., 1976), the WMSF supports students who are interested in careers in the public policy advertising industry.

To have five winners selected for the honor is a notable achievement — only 23 summer fellowship recipients were chosen from a nationwide pool, and only 60 total will be selected for 2017.

Winners from the SJMC are:

“Since its inception in 2010, the Washington Media Scholars Foundation has granted scholarships and career advancement opportunities to 18 students from the University of South Carolina, most of whom were students in the School of Journalism and Mass Communications,” Roberts said. “The Foundation is proud to have assisted these deserving students and we encourage all undergraduate students interested in pursuing a career in public policy communication and advertising to explore our programs.”

For Eliza Lynch, the scholarship brings her one step closer to a successful career in public relations.

“Financially, things have always been very tough for me, but I have always made a commitment to ensure that my academics and personal development have been number one,” Lynch said. “I am honored that the Washington Media Scholars Program has recognized and rewarded my efforts. This scholarship will allow me an incredible opportunity to engage and learn from professionals in the media and expand my knowledge of public relations.”

Being recognized by an SJMC alumnus has been an added bonus for the winners.

“Now that I know there are people out there — especially fellow Gamecocks — so supportive of students pursuing this path, it makes me proud and eager to continue on it,” Kathryn Taylor said.

“It was an honor to have the foundation's president, Mr. Robin Roberts, call me to congratulate me on winning one of the scholarships,” Morgan Cox said. “It was encouraging to know they wanted to invest in my studies to help me become successful in the journalism world.”

In addition to the impact he’s had through the WMSF, Roberts has maintained a strong connection with his alma mater. In 2004, he was named one of the SJMC’s distinguished alumni. He was among those who helped fund the school’s new state-of-the-art building, which opened in 2015. And in 2016, he established the Robin D. Roberts Endowed Advertising Scholarship Fund.

Roberts’ legacy of supporting student excellence extends beyond the SJMC. Under his leadership, the WMSF has awarded more than $420,000 in scholarship awards to more than 350 students from across the country. 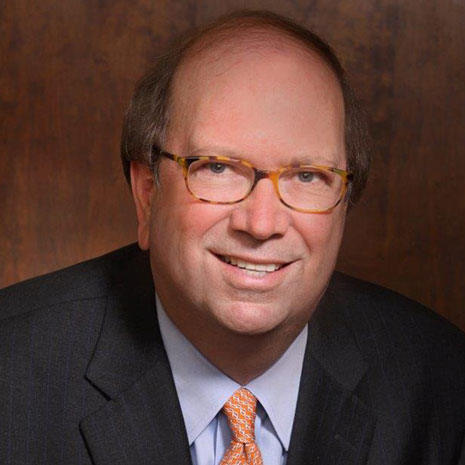 Alumnus Robin Roberts is co-founder and CEO of National Media Research, Planning and Placement. He is widely recognized as a leader and pioneer in the political and issue-advocacy advertising. He has supervised strategic media research, planning, and placement for hundreds of campaigns, including the 2000 and 2004 Bush-Cheney presidential campaigns.