SJMC alumna Meg Gaillard has the dream job she never knew existed. “This is anthropology on another level; studying visual anthropology encompasses any methodology for how to visually represent or document a culture or community,” she explained. “We use photography, videography, sound and multimedia to help document cultures; while also studying ways in which communities visually represent themselves.”

She says this is a “perfect combination of everything I have ever learned.”

She says, “Due to the destructive nature of archaeology, photographs, field drawings and notes are valuable pieces of scientific data that allow artifacts to have context. These additional elements enable an object to become more than just a thing we have uncovered from the ground. With these additional visual pieces to the scientific story, we have the ability to more accurately tell the story of the human past.”

Gaillard majored in both visual communications and anthropology at USC. She was passionate about both subjects and wanted to find a way to blend them. Her anthropology advisor, Karl Heider, told her to pursue her dreams by getting her master’s degree in visual anthropology at the University of Manchester in England.

During her graduate studies, she realized that USC’s journalism school gave her a strong foundation in visual communications that she needed to succeed. When Gaillard returned to the U.S., she used her visual anthropology degree by working as an archaeologist and ethnographer for private cultural resource management (CRM) firms.

In 2010, Gaillard and two other USC alumni, Heléna Ferguson and Erika Shofner who both received undergraduate and graduate degrees in anthropology, created the South Carolina Archaeology Public Outreach Division, Inc. (SCAPOD). This non-profit organization’s goal is to incorporate both anthropology and archaeology into school districts in South Carolina. They strive to give upcoming students more of a cultural education and rely on donations from the public to help them. Each year, SCAPOD is able to provide free programming for several Title 1 schools, reaching about 600 students in Columbia with free cultural programs.

One of Meg Gaillard’s first assignments as a visual anthropologist was to investigate the BP oil spill in 2010 and its effect on the cultures and communities surrounding the Gulf of Mexico. A CRM firm hired her to look for communities and document their places of importance, referred to by anthropologists as, Traditional Cultural Places. “We were trying to locate communities that identified with a place and without said place their cultures could potentially disappear,” Gaillard said.

After several years in the private sector, Gaillard joined the Heritage Trust Program at the SC Department of Natural Resources as its first female archaeologist. She now focuses her primary research in historical archaeology, ethnography, and public interpretation of SCDNR’s cultural heritage preserves. “Our main task is to preserve, protect, and promote the cultural heritage sites owned and managed by SCDNR for current and future generations.” 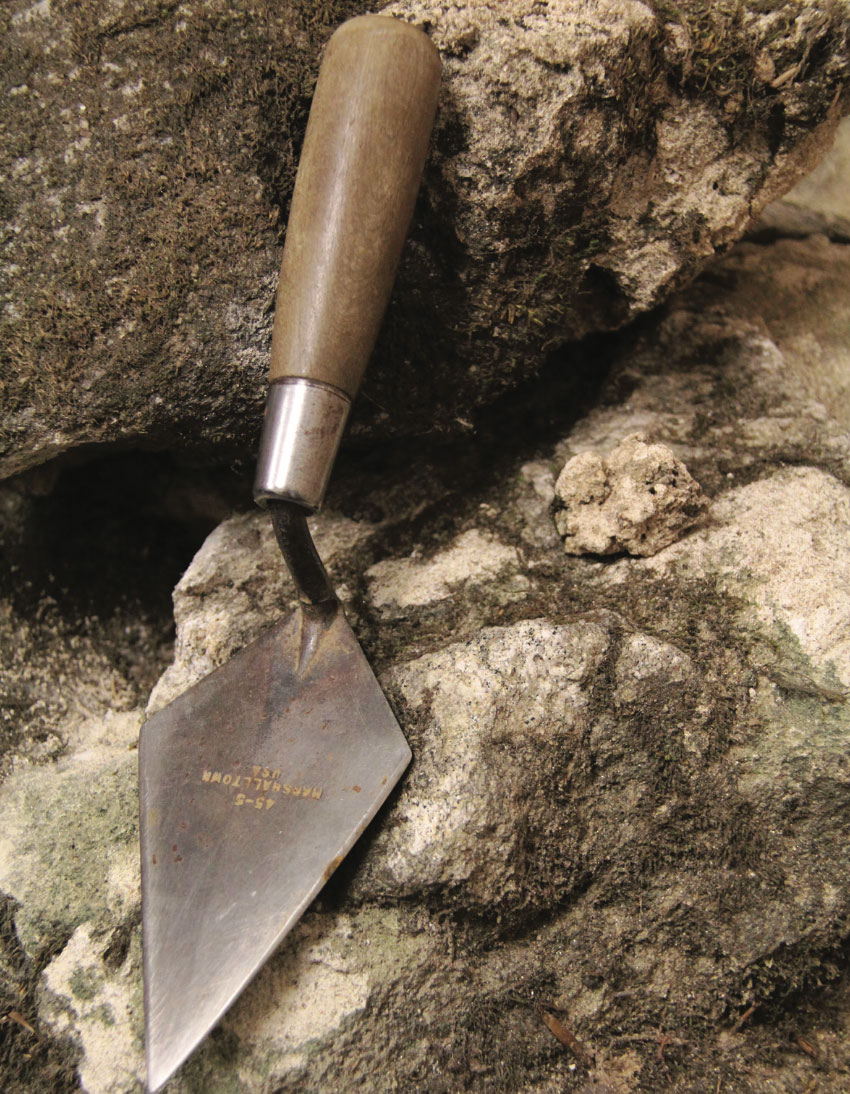 This trowel was used by Gaillard’s aunt. Twenty years later, Gaillard returned to many of the same sites and excavated as well. She calls it a symbol of her career.

The University of Manchester in England defines Visual Anthropology as the “combination of anthropology with the practical training in lm-making, editing, visual methods, photography, sensory ethnography and sound.”

600number of students in Title 1 schools in Columbia reached through free cultural programming provided by SCAPOD.