Two SJMC faculty members delve into their research in this article for The Conversation.

A high school student from Ohio made national headlines recently by getting inoculated despite his family’s anti-vaccination beliefs.

Ethan Lindenberger, 18, who never had been vaccinated, had begun to question his parents’ decision not to immunize him. He went online to research and ask questions, posting to Reddit, a social discussion website, about how to be vaccinated. His online quest went viral.

In March 2019, he was invited to testify before a U.S. Senate Committee hearing on vaccines and preventable disease outbreaks. In his testimony, he said that his mother’s refusal to vaccinate him was informed partly by her online research and the misinformation about vaccines she found on the web.

Lindenberger’s mother is hardly alone. Public health experts have blamed online anti-vaccination discussions in part for New York’s worst measles outbreak in 30 years. Anti-vaccine activists also have been cited for the growth of anti-vaccination sentiments in the U.S. and abroad.

We are associate professors who study health communication. We are also parents who read online vaccination-related posts, and we decided to conduct research to better understand people’s communication behaviors related to childhood vaccinations. Our research examined the voices most central to this discussion online, mothers, and our findings show that those who oppose vaccinations communicate most about this issue.

What prompts mothers to speak out

A strong majority of parents in the U.S. support vaccinations, yet at the same time, anti-vaccination rates in the U.S. and globally are rising. The World Health Organization identified the reluctance or refusal to vaccinate despite the availability of vaccines as one of 10 top threats to global health in 2019.

Mothers are critical decision-makers in determining whether their children should be vaccinated. In our study, we surveyed 455 mothers online to determine who communicates most about vaccinations and why.

In general, previous research has shown that people evaluate opinion climates – what the majority opinion seems to say – before expressing their own ideas about issues. This is true particularly on controversial subjects such as affirmative action, abortion or immigration. If an individual perceives their opinion to be unpopular, they may be less likely to say what they think, especially if an issue receives a lot of media attention, a phenomenon known as the spiral of silence.

If individuals, however, have strong beliefs about an issue, they may express their opinions whether they are commonly held or minority perspectives. These views can dominate conversations as others online find support for their views and join in.

Online news content can be influenced by social media information that millions of people read, and it can amplify minority opinions and health myths. For example, Twitter and Reddit posts related to the vaccine-autism myth can drive news coverage.

Those who expressed online opinions about vaccinations also drove news coverage. Other research we co-authored shows that posts related to the vaccine-autism myth were followed by online news stories related to tweets in the U.S., Canada and the U.K.

Recent reports about social media sites, such as Facebook, trying to interrupt false health information from spreading can help correct public misinformation. However, it is unclear what types of communication will counter misinformation and myths that are repeated and reinforced online.

Our work suggests that those who agree with the scientific facts about vaccination may not feel the need to pay attention to this issue or voice their opinions online. They likely already have made up their minds and vaccinated their children.

But from a health communication perspective, it is important that parents who support vaccination voice their opinions and experiences, particularly in online environments.

Studies show that how much parents trust or distrust doctors, scientists or the government influences where they land in the vaccination debate. Perspectives of other parents also provide a convincing narrative to understand the risks and benefits of vaccination.

Scientific facts and messaging about vaccines, such as information from organizations like the World Health Organization and the Centers for Disease Control and Prevention, are important in the immunization debate.

But research demonstrates that social consensus, informed in part by peers and other parents, is also an effective element in conversations that shape decisions.

If mothers or parents who oppose or question vaccinations continue to communicate, while those who support vaccinations remain silent, a false consensus may grow. This could result in more parents believing that a reluctance to vaccinate children is the norm – not the exception. 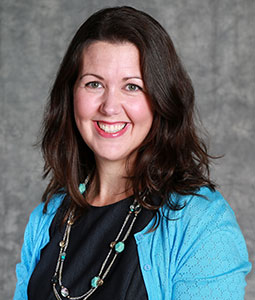 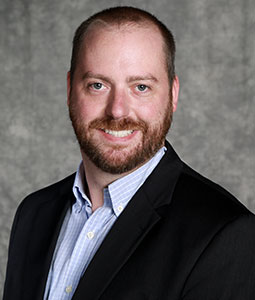