From leading boards to mentoring students, School of Journalism and Mass Communications instructor Kelly Davis has long been a formidable force in the public relations profession. Now, her efforts have earned her one of the profession’s highest honors — acceptance into the Public Relations Society of America’s College of Fellows.

Founded in 1989, the College of Fellows recognizes PRSA members who have advanced the profession and made a measurable impact in their communities. To be admitted, applicants must have 20 years of experience, explain 20 accomplishments, provide 20 references and six letters of support, and pass a rigorous, peer-reviewed vetting process. Fewer than two percent of PRSA members earn the designation. Davis is one of just 15 nationwide to be admitted into this year’s class and only the sixth from PRSA’s South Carolina chapter.

“We actually went a very long time without having any fellows, and now in the past seven years we’ve inducted four people from South Carolina, who are all women,” she says. “It’s just an incredible honor to be able to join this group of people.”

Davis is a 1998 MMC graduate and was named one the school’s Distinguished Alumni in 2015.

She joined the school’s faculty in 2017, bringing with her a spectrum of experience spanning the agency, corporate, nonprofit and government sectors.

“It felt like such a natural transition when I was able to join the faculty to continue doing that work,” she says. “I am still and will always be an alum, and I’m really proud to be a part of that network. It’s great to have a foot on each side of that fence and to have a network of professionals that I can tap into as guest speakers, mentors or working directly with our classes in a client capacity.”

A two-time SCPRSA president and PRSA National board member, she’s advised the university’s PRSSA student chapter and earned dozens of awards over the course of her career, notably four Best in Shows and a 2007 W. Thomas Duke Distinguished Public Relations Practitioner of the Year Award, both from SCPRSA.

Other highlights from Davis’ career include advancing tobacco control policy in South Carolina through the 2010 passage of the cigarette tax increase and managing the public relations and community outreach for Richland County School District Two’s $306 million bond referendum in 2008.

“She is just the consummate public relations professional and always has been to me,” says Amy Coward, a 1987 SJMC alumna who was inducted into the College of Fellows in 2014. “She has had such great experience as an independent practitioner, in the agency setting and in different non-profit organizations where she had true impact on the cause that she was working on. And then to add to that as the cherry on top, she’s done so much for the future of the profession.”

Those contributions to the profession go beyond teaching. From 2015-2017, Davis served on the College of Information and Communications’ Alumni Society. As a member and eventual chair, she helped grow the college’s student mentoring program by opening participation to non-alumni and recruiting more graduates from the library and information science field.

“Because I was so involved in PRSA, I naturally had a relationship with the PRSSA chapter and knew a lot of students, mentored them, had interns from USC, just got to know so many more people involved in the program through that,” she says. “So, when the opportunity arose a number of years ago to get involved in the Alumni Society I was so excited to have that opportunity to contribute in a different way.”

Due to COVID-19, Davis will be honored in a virtual celebration on Oct. 25. She and the other 2020 members will be formally inducted next year. 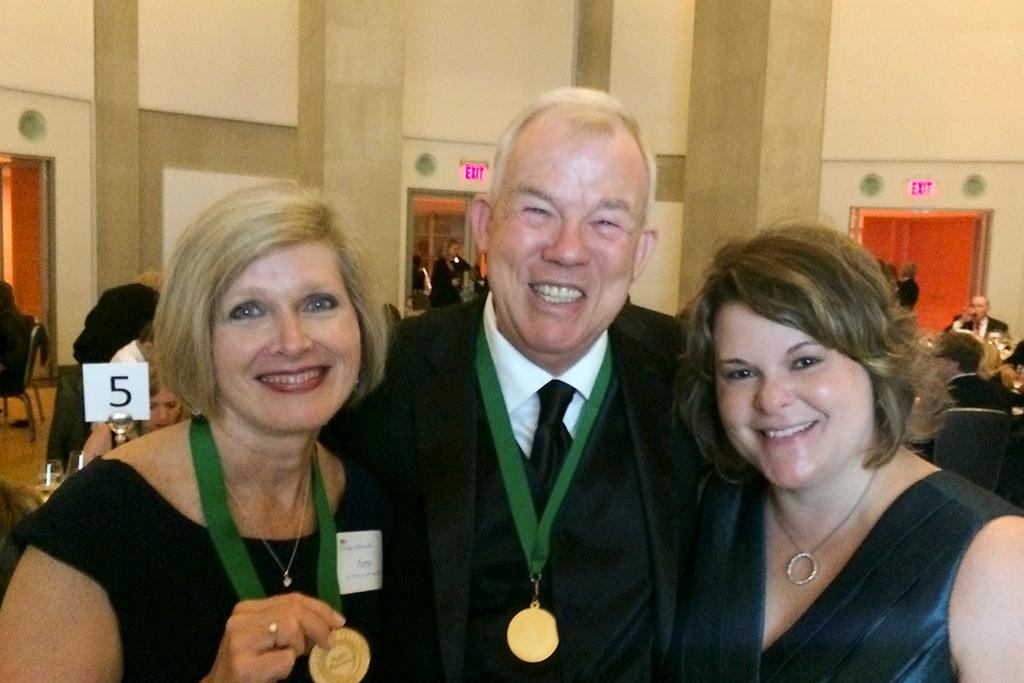