In the winter of 2016, I introduced myself to a capstone class of Senior Semester journalism students by reading a poem called “Hove.”

The poem, by Michael Bugeja, describes the life of the late United Press International reporter and editor Leon Daniel. It begins like this:

“You know me. And don’t. You wouldn’t recognize me
In the street, though I have stopped you there
Dead in your tracks. Outside a cafe maybe
In Des Moines — a greasy spoon, say — on a morning
Like any other. You put your two bits in the box,
Reached for a paper, and froze: our boys are napalming
Kids now instead of Vietcong. Can’t place me?
From Adam? Try this: In order to save the village,
The colonel said, we had to destroy it.
It was said. I have the notes, after all
These years. And my rival Peter got it, too.
Word for word. The kind of quote you think
God made to stick in our skull. Did you hear that?”

I still remember the looks on the students’ faces and the silence that followed. Vietnam? Their grandfathers’ war. Newspaper boxes? Obsolete. A quarter for a newspaper? In what century?

In that moment, I wondered if I should stay in my lane, remain in newsrooms where I had spent my professional life.

I had gained some confidence teaching a narrative writing class for six students in spring 2015. It didn’t seem to go off the rails. And I had shepherded two print students through Senior Semester that fall on a part-time basis.

But this class of 10 seniors was my first big leap into college teaching. We were here Monday-Friday in a new “converged” newsroom where students met for morning meetings and practiced broadcast and digital skills while learning how to be journalists.

In recounting Daniel’s journalistic life, I hoped to teach a lesson. Here was a man who had covered the 1960s civil rights protests in the South, the war in Vietnam and conflict around the globe. In an age before social media, he wrote bold, accurate stories that informed the world and made a difference. No, not everyone could be a foreign correspondent, but his rules applied:

Pay attention. Ask the question that reveals. Find the quote that sticks in your skull.

In today’s acrimonious debates over politics and culture in American life, even battles over who is memorialized in granite, it is wise to remember William Faulkner’s maxim: “The past is never dead. It’s not even past.”

Leon Daniel knew that. He also knew that the journalist’s job was to inform, not pontificate: “They pay me to tell you, not to make you think.”

Inside the Senior Semester newsroom, my wonderfully gifted colleagues, Rick Peterson, Greg Brannon and Scott Farrand, and I remind these young journalists to background themselves before they cover an issue. Set the scene with “nat sound” on the broadcast side, descriptive language on the digital side. Report only what you know. When you need to, follow the money.

It is serious business leavened with some wry humor at the contradictory cross-currents of our political and social life.

In the age of the 24/7 news cycle, social media and artificial intelligence, Americans are bombarded by information and disinformation, manipulated by opinion, and subjected to armies of bots that aim to influence and make money with each click of the mouse.

So you might say there is no better time to be a journalist.

Now I’m leaving it up to them, this bright, questioning, struggling young generation to find out. After seven years teaching in this Monday-Friday college newsroom, I’m headed out the door.

For all those semesters, I’ve leaned over students’ shoulders or sat side-by-side to deconstruct ledes, add context, debate bias, ponder impact. It is alternately tedious and exhilarating, this business of deploying the English language to explain, with authority, what’s going on in our corner of the world. I hope I made some small difference.

I haven’t read “Hove” out loud to students since that mid-January day in 2016, although I occasionally read it to myself and remember Daniel, a UPI colleague who was legendary in the business and kind to journalists new to the trade, as I once was.

I have, on occasion, quoted a line or two from another poet, Mary Oliver, in lectures on narrative writing. She wrote this, which seems to be an apt farewell:

Instructions for living a life. Pay attention. Be astonished. Tell about it.

Carolyn Click, a former reporter for United Press International, the Roanoke Times & World-News and The State, is retiring from the journalism school to embark on other adventures. That includes completing a biography of George Elmore, the plaintiff who succeeded in overturning the white primary in South Carolina in the 1940s and traveling with her family. She’ll be back on campus this fall teaching one class in the Honors College. 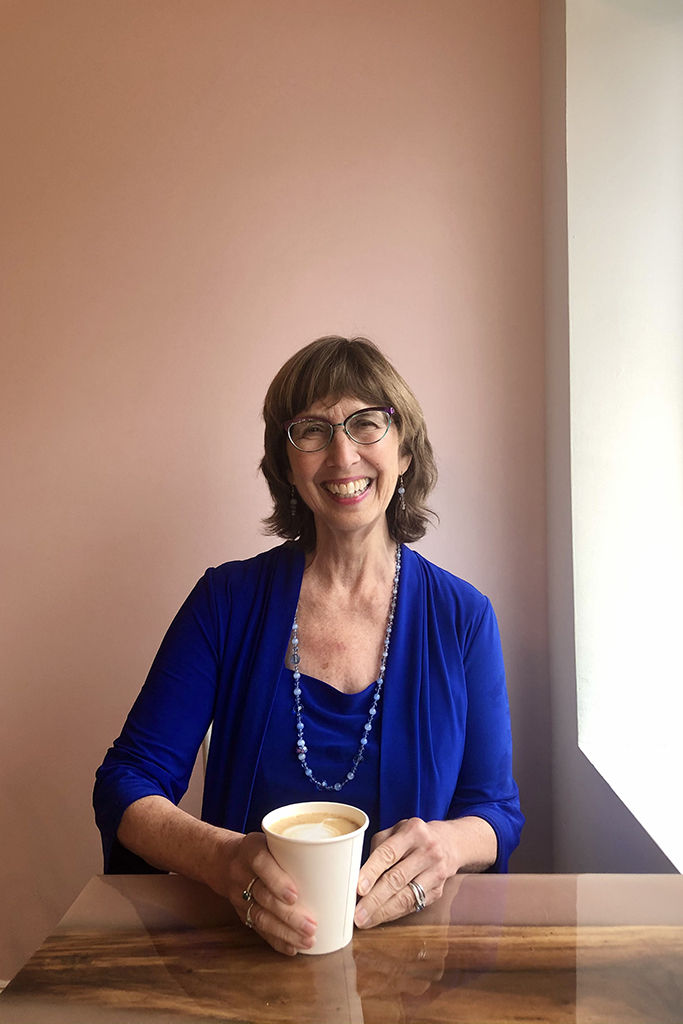 View photos of Carolyn Click and some of her students. 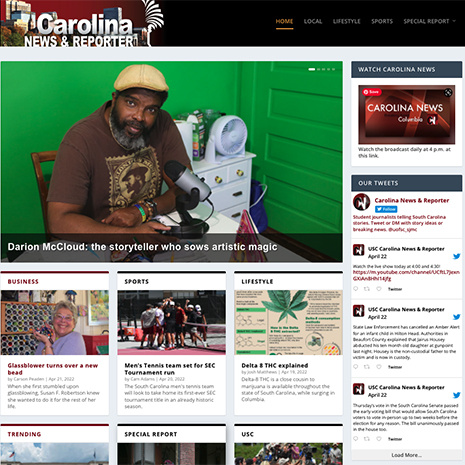 Inside the converged newsroom and television studio, students report, produce and direct a daily news show (Carolina News), write and edit stories for the Senior Semester lab web publication (The Carolina Reporter) and engage in social media through Facebook, Twitter, Instagram and other platforms.