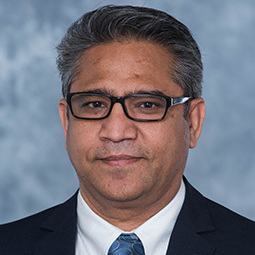 Dr. Iftikhar Ahmad received his Master of Science (M. Sc.) degree from Govt. College Lahore and ranked first in the state. He completed his master’s and doctoral programs from Texas Tech University in 2003 and 2005, respectively, in the field of wide bandgap semiconductors. He has gone through post-doctoral training at Virginia Commonwealth University in Richmond, Virginia, in the growth processes involving molecular beam epitaxy (MBE) and metal-organic chemical vapor deposition (MOCVD) techniques. He joined the University of South Carolina as a post-doctoral fellow in 2007 and later worked as a research assistant professor. His research focus was the growth and characterization of wide bandgap semiconductors-based materials and devices. Dr. Ahmad worked for the industry as a Senior Scientist from 2010 to 2018, where he developed high-quality ultra-wide bandgap materials for ultraviolet light-emitting diodes (UV-LEDs).