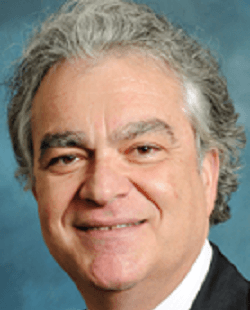 Dr. Gürdal’s research interests are in structural and multidisciplinary design and optimization, design and optimization of composite materials and structures, and computational methods for design with manufacturing emphasis. His research has largely been funded by NASA Langley Research Center and Air Force Office of Scientific Research (AFOSR) in the US, and EU Research Frame work programs in Europe. He was one of the investigators of the NASA – Virginia Tech Composites program during his tenure at Virginia Tech. He was the principal investigator and co-investigator of more than 60 research grants, majority of which on methodologies for composite laminate design and novel structural configurations, as well as experimental verification of composites structures research. The funding sources for his research included ALCOA, Lockheed Martin, Newport News Ship Building, Boeing (Helicopters, Commercial, and Defense), McDonnell Douglas, Sikorsky Aircraft, Ford Motor Company, Fokker Aerostructures. His research cooperation in Europe included DLR, NLR, ONERA, CIRA, EADS, Dassault Aviation, Airbus, Allenia, Rolls Royce, Astrium, Dutch Space, Piaggio, and Israel Aircraft Industries. He also worked with a number of small companies, and is one of the founders of a small business in Blacksburg Virginia, and one in the Netherlands. Prof. Gürdal’s research contributions resulted nearly 300 publications. He was a key-note/plenary speaker for 14 international conferences, co-authored of 3 books, and taught several AIAA Professional Development Short courses. He served as the graduate thesis advisor for more than 60 masters and 30 doctoral students. He is a Lifetime member and Associate Fellow of the American Institute of Aeronautics and Astronautics (AIAA), and one of the initial members of the AIAA Multidisciplinary Technical Committee (MDO-TC).