US Society on Dams Awards Scholarship to Ali Tabrizi

Ali Tabrizi is this year’s recipient of a $10,000 United States Society on Dams scholarship. He received the award at the organization’s annual meeting and conference in Denver, CO. His adviser is Dr. Hanif Chaudhry, Associate Dean International Programs and Continuing Education in the Department of Civil and Environmental Engineering.

The United States Society on Dams, or USSD, awards scholarships each year to its student members whose academic programs and graduate-level research have a potential for developing practical solutions to dam design and construction problems.

“Winning this scholarship is the result of years of dedication and commitment toward my research,” said Tabrizi. “Professionally, it’s an honor to receive such a prestigious recognition while making a contribution to the dam engineering community.”

He is a member of USSD Committee on Levees, the American Society of Civil Engineers, the Association of State Dam Safety Officials, Engineers without Borders, and the South Carolina State Guard Engineering Command.

The scholarship was initiated in 1991 and has been awarded annually since 2001. USSD is recognized as the preeminent society in the U.S. for professionals involved with all aspects of dams, including engineering, construction and rehabilitation, operation and maintenance, and safety of dams. The society also address contemporary issues such as environmental effects, dam decommissioning and public awareness. 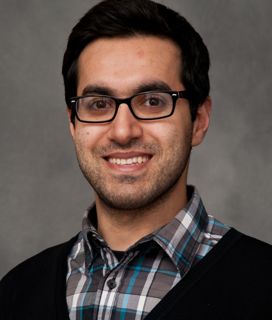 “Professionally, it’s an honor to receive such a prestigious recognition while making a contribution to the dam engineering community.”