Chemical engineering professor, Dr. Branko Popov, earned a spot among the most highly cited researchers in the world. Thomson Reuters, a New York based media and information firm, recently released a list of the top cited scientific minds. Popov was one of about 3,000 researchers who earned the distinction by writing the greatest numbers of reports officially designated as Highly Cited Papers—ranking among the top 1% most cited for their subject field and year of publication. Only two researchers from the University of South Carolina made the list.

"This designation confirms what we already know, that Dr. Popov is a world-renown researcher,” said John Weidner, chemical engineering department chair. “His work has had a profound impact on energy-storage materials used in advanced batteries and catalysts for hydrogen fuel cells, all of which is accelerating the commercialization of electric vehicles.  This work alone would make him special. But, his research in materials and electrochemical engineering also extends to corrosion, electroplating, sensors, electrolyzers and much more. I guess it isn’t surprising that with his wide-variety of expertise that his papers would be cited by so many other researchers throughout the world."

Popov is a Carolina Distinguished Professor and Director of the Center for Electrochemical Engineering at USC. His research focuses on new materials for cathodes and anodes for primary and secondary batteries, capacitors and fuel cells, and development of performance models to predict capacity for lithium ion batteries. 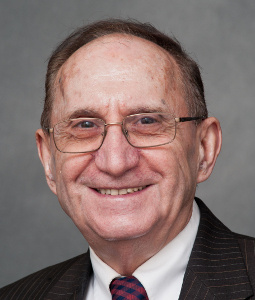